After posting my reasonably favorable review of Samsung’s new Galaxy S5 smartphone last night, I started checking out some of the other early evaluations. The diversity of opinion is fascinating.

Nobody thinks that this phone is a massive embarrassment, or a landmark. But the reviews break down into two types: those by people who think the phone is half full, and those who think it’s half empty.

I agree with everything Fowler says in those three sentences, but I still have a more favorable overall impression of the Galaxy S5 than he does, and I’m not bothered by the possibility that the whole category has plateaued.

Plateaus are natural, and this one isn’t new. No product category gets better at a breakneck pace forever. In the case of smartphones, the period of wild innovation that began when Apple shipped the first iPhone in 2007 ended at least a couple of years ago. (At least I can’t think of any feature anybody’s introduced lately that’s the least bit transformative.)

They invite refinement. With technology, evolution is as important as revolution. When a company such as Samsung or Apple isn’t adding all-new capabilities, it can polish up those that a product already has. Samsung did that with features such as the Galaxy S5’s camera. And though Fowler is right that Samsung still has considerable catching up to do when it comes to software, I’d rather see it invest its energy in thoughtful usability tweaks than wacky stuff such as controlling your phone by waving your hand around.

You don’t want to upgrade your phone every year anyhow. Recode’s Walt Mossberg says that he wouldn’t recommend the S5 to anyone who already has a Galaxy S4 or a current iPhone. That’s a sensible stance, but it’s not a knock on the S5, particularly. For one thing, it’s rare that any tech product improves on its immediate predecessor by awe-inspiring leaps and bounds. For another, it makes no economic sense to buy a new smartphone every year, especially if you’ve committed to a two-year contract — so the most relevant question about a new model is whether it improves meaningfully on phones from two or three years ago. (The GS5 does.)

You never know what will happen next. Smartphones have plateaued before. A decade or so ago, in the heyday of the BlackBerry and Palm Treo, the category was improving only incrementally, and it wasn’t clear what would change that dynamic. Then the first iPhone arrived, and it was suddenly obvious that radical improvement on the status quo was possible.

I’m lousy at predictions, so any guesses I hazard to make about future smartphones such as the iPhone 6 or Samsung Galaxy S6 are likely to be utterly wrong. But if those phones turn out to be just a little bit better than the models they replace, it won’t be surprising, or a sign that the industry is broken. Even though Apple and Samsung will never, ever use the word “plateau” when describing new products they’d like you to buy. 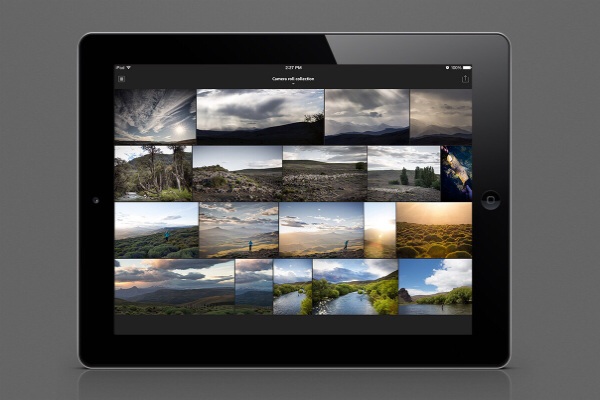 Adobe's Lightroom Mobile Is an iPad Extension of the Desktop Photo Wrangling Gem
Next Up: Editor's Pick