Sicario: Day of the Soldado Returns to the Border

Emily Blunt’s righteous FBI agent Kate Macer was the conscience and marrow of Denis Villeneuve’s 2015 drug war brutality fest Sicario. Although her job entailed plenty of encounters with headless or bullet-riddled corpses, her eyes always betrayed that they couldn’t quite believe what they were seeing. When you’ve got an actor like Blunt, your movie can be as belligerent and potentially unpleasant as you want: her soul will always class up the joint.

So much for class in Sicario: Day of the Soldado, a sequel directed by Stefano Sollima (whose credits include the Italian TV series Gomorrah). There’s not a Blunt in sight, though special task force macho men Matt Graver (Josh Brolin) and Alejandro (Benicio del Toro), so enigmatic he has no last name, return. This time their job is to stir up a war between rival Mexican drug cartels; part of the scheme involves kidnapping a drug lord’s scrappy teenage daughter, Isabel (Isabela Moner). Although she has enough teen-beat orneriness to kick both Matt’s and Alejandro’s butts, the movie doesn’t let her. Still, when Isabel’s onscreen, Soldado at least seems alive with something other than bare-knuckle testosterone.

Not that there’s anything wrong with that. But a little goes a long way, and despite the presence of the sleepily charismatic del Toro–his beleaguered Alejandro carries heavy baggage both in his heart and beneath his eyes–the Soldado man show does grow tiresome. The brutishness here is more muted than in its predecessor, though there’s no shortage of people getting blammed with automatic weapons, if that’s your thing. And the movie treads carefully around border-control issues–it’s squarely on the side of ordinary people just trying to make a better life, instead of relying on drug-gang stereotypes for its juice.

Still, Soldado skirts anything that might be seen as political. There’s hardly a border-patrol agent in sight–it’s easier for the movie to downplay their existence. In real life, Soldado‘s context is supercharged right now, even if the filmmakers couldn’t have known how tensions around immigration would reach a boil by the film’s release. But if you’re looking for a movie that speaks to the moment, a mindless action-thriller probably isn’t it. 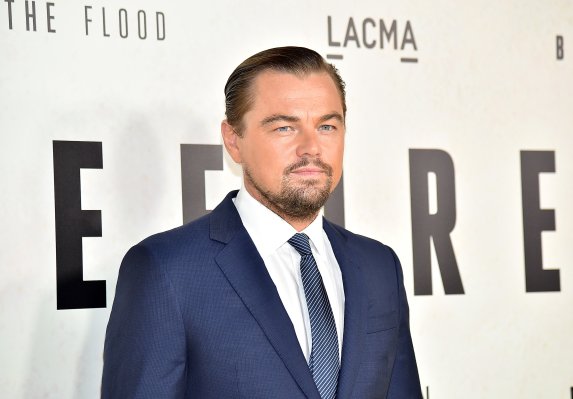 Leonardo DiCaprio and Brad Pitt Take You Back to the 1960s in This Hip Photo From Quentin Tarantino’s New Film
Next Up: Editor's Pick