Ahead of Pakistan's Elections, Transgender Activists Push for a Seat at the Table

In this picture taken on July 5, 2018, Pakistani transgender independent candidate Nadeem Kashish (L), who will contest in the general elections for a parliamentary seat, takes part in a campaign event at radio station "FM Power 99" in Islamabad.
Aamir Qureshi—AFP/Getty Images
By Kamakshi Ayyar

Pakistan’s transgender community recently celebrated the passage of a landmark law recognizing their basic rights. The Transgender Persons (Protection of Rights) Bill 2017 allowed citizens to determine their own gender identity, as well as banning harassment and discrimination against transgender people by employers, education services, and healthcare providers.

Pakistan became one of a handful of nations that provide protections for the minority, known locally in the country as khwaja siras — an umbrella term for members of the “third sex” community.

Historically, transgender people have occupied a complicated position in South Asian societies across Bangladesh, India, and Pakistan. They are sometimes revered for supposed mystical powers, or invited to dance at auspicious events like weddings and births to bless the parties. Others see khwaja siras as misfits, relegating them to begging and prostitution to make a living. In Pakistan, attitudes toward transgender people can turn deadly. Earlier this year, a transgender woman was shot dead because she didn’t have change to break a higher currency note. In 2016, a community activist died of gunshot wounds because the hospital couldn’t decide which ward, male or female, to admit her to.

“Transgender people have been recognized in South Asia for centuries — the gender binary idea came into the picture only when the colonizers arrived,” says Omar Waraich, deputy director of Amnesty International in South Asia. “Sadly, they are ostracized and treated as freakshows by large sections of society.”

The new law is the latest step in a series of slow but significant developments that have helped Pakistan’s khwaja siras gain recognition. The community was first legally recognized in 2009 in a Supreme Court ruling that stated transgender people could obtain national identity cards with a third sex option. In 2013, Bindiya Rana, became one of the first legally recognized transgender women to stand in elections, and last year saw the country’s first third-gender passport being issued. In March, journalist Marvia Malik became Pakistan’s first transgender news anchor.

In the run up to Pakistan’s general elections on July 25, the law has taken on a new significance. About 13 transgender people were initially contesting seats this year. But nine candidates have reportedly dropped out due to financial constraints and public harassment to withdraw their nominations, underscoring the obstacles transgender people continue to face.

“For me, the real historic moment will be when a transgender candidate wins a seat,” Waraich says. “No one can say whether that will happen in these elections but you do get a sense that there is a sense of wanting to try something different.”

Ahead of the polls, TIME spoke to transgender activists who are spurred by a desire to help Pakistan’s transgender community have a voice in the national dialogue.

Bindiya Rana, a transgender independent candidate for the elections, during a pre-election analysis program in Karachi April 23, 2013.
Insiya Syed—Reuters

“I was one of the first legally recognized members of my community to stand for elections in the 2013 polls. I ran because I wanted to show people that transgenders are just as capable as others and to inspire others like me. Despite the new law, there is no mention of khwaja siras in party manifestos and no reservation for us in government bodies.

The last national census listed just over 10,000 transgenders in all of Pakistan but the actual number is much higher. It felt like they don’t consider us as citizens. And it’s because of that census report that we couldn’t get the 5% reservations that we asked for in the bill. That’s why our community has to fight these elections for a seat at the table.”

“The transgender community is progressing slowly in Pakistan — we’re finding positions in various industries like education and journalism. But the real change-making power lies in politics, which is why I’m contesting the elections this year. We need to be part of the legislative process to better our community. It’s nice to talk about acceptance and social inclusion but the ground realities need to change, too.

The new bill is encouraging though there’s still a lot of work to be done. Committees will be set up, policies drafted, by-laws framed and we need to be part of that. We now have something to work toward though there’s a long way to go. But I’m positive, there has been a lot of support and goodwill so far.”

Mehlab Jameel, activist, involved in the drafting process of the new law

“I realized the importance of having a voice in the legislative process while drafting the new bill. One of the earliest versions had a clause that allowed for a screening committee to administer medical tests and decide who was and wasn’t a transgender. That went completely against our rights — we need to be recognized on our own terms.

That’s why when we had a chance to sit down with parliamentarians and the National Commission for Human Rights, the body that was tasked with drafting a new bill, we pushed for self-perceived gender identification. They were very understanding and heard us out and finally gave into our demand. But without that dialogue this wouldn’t have happened.

The transgender community is active now and the momentum is with us. We have to build on it during the elections.” 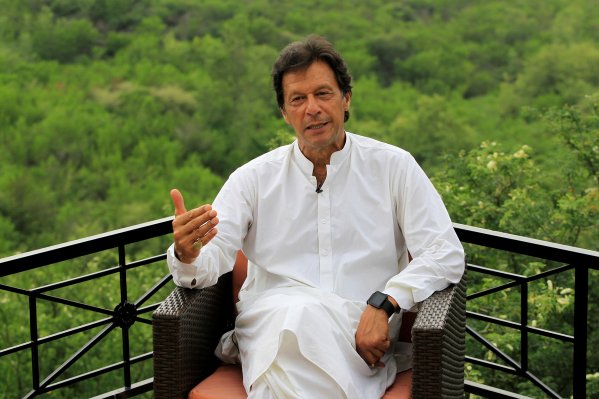