For Karen Korematsu, the Supreme Court’s decision on Tuesday to overturn a long-criticized opinion involving her father’s internment during World War II should have been a happy moment.

In a 5-4 decision, the court’s conservative majority upheld President Donald Trump’s ban on travelers from several Muslim majority nations, but in doing so they also took the chance to note that the 1944 decision allowing Japanese internment was “gravely wrong.”

Korematsu, who now runs a civil liberties group named for her father, was glad that Korematsu v. United States had been overturned, but she was not happy about the way it was done.

“For the Supreme Court to overrule my father’s Supreme Court case in this way, I feel like, dishonors him and all the civil rights work he did over the years,” she said.

In 1942, Fred Korematsu was living in San Leandro, California when President Franklin Roosevelt issued an executive order to detain all people of Japanese ancestry, including American citizens, in internment camps. He refused to leave, believing the policy to be unjust. When he was arrested for defying the order, Korematsu challenged its constitutionality in court.

In a 6-3 decision, the Supreme Court upheld the executive order, ruling that it was justified by “military necessity.”

Over time, Americans came to view the executive order and the Korematsu decision as a mistake. In 1982, a congressional commission determined that the policy was “a grave injustice” stemming from “racial prejudice, wartime hysteria, and a failure of political leadership.” Korematsu’s criminal conviction was vacated in 1984, and in 1998, he was awarded the Presidential Medal of Freedom. He died in 2005.

Until Tuesday, Korematsu technically remained on the books.

When Korematsu heard that her father’s case was officially overturned, she first felt stunned. She, along with two others, had filed an amicus brief to remind the court of her father’s case and implore them not to make what she viewed as the same mistake. However, the case wasn’t discussed much in the legal debates over the first iteration of President Donald Trump’s travel ban.

After her initial reaction, Karen Korematsu said she felt sad and then outraged.

“I’m glad it can’t be used as a precedent, but other than that … it wasn’t handled in keeping with the great person that my father was. My father was a civil rights hero,” she said. “I can’t say that I’m happy, because I’m not.”

In the majority opinion of the Court, Chief Justice Roberts wrote that “Korematsu was gravely wrong the day it was decided, has been overruled in the court of history, and — to be clear — ‘has no place in law under the Constitution.’” However, he dismissed the comparison between Trump’s travel ban and Japanese internment.

In her dissent, Justice Sonia Sotomayor accused the court of overlooking the clear parallels between the two cases. In both, she wrote, that “an ill defined national security threat” was used to “justify an exclusionary policy of sweeping proportion.” She added that both then and now, there was “strong evidence that impermissible hostility and animus motivated the government’s policy.”

She concluded that “the court redeploys the same dangerous logic underlying Korematsu and merely replaces one ‘gravely wrong’ decision with another.”

Korematsu, who wrote an op-ed against the travel ban in December, agreed wholeheartedly with Sotomayor’s dissent, calling it “absolutely correct.” She sees an alarming parallel between the two cases.

“In 1942, they talked about military necessity. Now, it’s national security.” In both cases, Korematsu believes these excuses justified discrimination against a group based on its ancestry. Even in Trump’s third revision of the travel ban, she said, “all the President did was try to water down the language and pull the wool over our eyes.”

“Seventy-four years later, we have not learned the lessons of history,” she said. “My father would be so upset and disgusted that after all these years, all that he’s fought for has been taken in vain.”

Korematsu is now the founder and executive director of Fred T. Korematsu Institute, founded to honor her father’s legacy by educating people about Japanese incarceration and fighting modern day forms of discrimination.

“I hope America can learn from its mistakes with my father, and I’m going to dedicate the rest of my life to trying to make that attempt.” 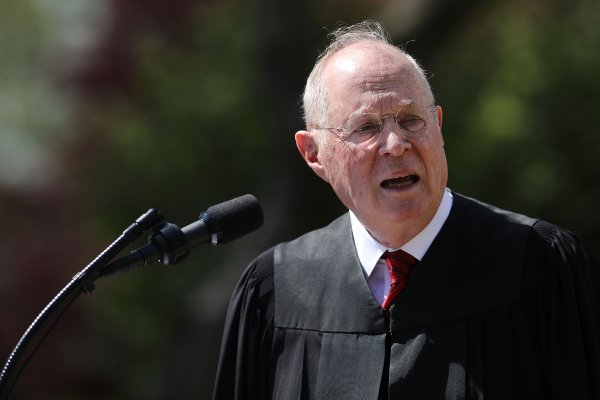