As the sun sets on Wednesday, June 27, stargazers will be able to catch sight of an annual lunar event known as the Strawberry Moon.

The Strawberry Moon—a North American nickname for June’s full moon—owes its fruit-inspired moniker to the Algonquin tribes of Native Americans, as it appears at the time of year when they would harvest strawberries. In other parts of the world, it is also known as the Honey Moon, Hot Moon and Full Rose Moon. It is the most colorful of all the full moons.

In the United States, the peak of the Strawberry Moon won’t actually occur until 12:53 a.m. ET on Thursday, June 28. Or, if you’re on the West Coast, 9:53 p.m. PT on Wednesday. However, due to the brightness of the moon in the night sky, the best time to really get a good look is right when it’s rising—around 8:05 p.m. ET or 7:51 p.m. PT, according to Travel and Leisure.

“My favorite time to watch the full moon is as it is rising over the eastern horizon. When the moon is low on the horizon, it allows you to capture the view with objects in the foreground, making the moon appear bigger,” said CNN meteorologist Judson Jones. 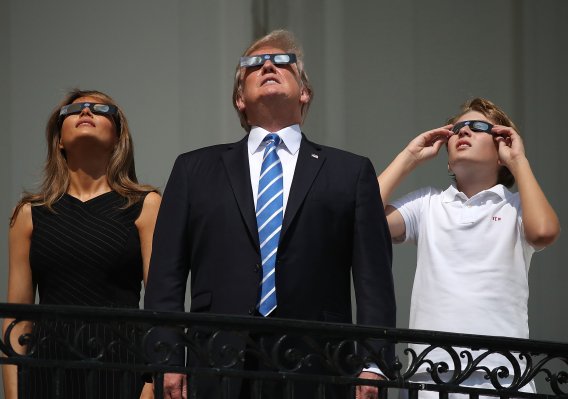 Why Trump's 'Space Force' Won't — and Shouldn't — Happen
Next Up: Editor's Pick