Here's What Americans Think of Alexandria Ocasio-Cortez's Most Provocative Ideas

Her description of her own politics and her campaign platform put Ocasio-Cortez well to the left of the Democratic mainstream, but many of the individual policies she called for actually poll quite well.

In a tweet celebrating her win, Vermont Sen. Bernie Sanders, whose 2016 campaign she worked on, said she had “demonstrated once again what progressive grassroots politics can do.”

Here’s a closer look at some of Ocasio-Cortez’s policy proposals.

What she proposes: In her campaign, Ocasio-Cortez has called for “Medicare for All,” essentially expanding and extending the government health care program for the poor to cover every American. She backed a bill from Rep. John Conyers that would virtually eliminate private medical insurance in favor of a universal health care system.

What Americans think: Polls show Americans are warming to the idea of universal health care, but the wording matters a lot. A March poll by the Kaiser Family Foundation found 75% support for “Medicare for All,” when it was framed as an option alongside the existing private insurance system, but only 59% backed the idea when it was described as a single national health care plan.

What she proposes: Ocasio-Cortez advocated for tuition-free public colleges and trade schools. In addition, she called for the federal government to cancel student loans that it holds directly and pay off privately held student loans, arguing that it would give a boost to the economy.

What she proposes: Ocasio-Cortez called for a federal jobs guarantee in which the federal government would employ anyone who wants to work with at least a $15 minimum wage, health care and paid child and sick leave. This tracks similar ideas that have been floated by an unorthodox group of economists and backed by some key Democrats recently.

What Americans think: A Civis Analytics poll earlier this year showed 52% supported a jobs guarantee and 29% opposed it.

What she proposes: Ocasio-Cortez supports the federal legalization of marijuana as part of broader efforts at criminal justice reform.

What she proposes: Ocasio-Cortez has called for abolishing the Immigration and Customs Enforcement, arguing that its creation after 9/11 was part of an “unchecked expansion of executive powers” and that other agencies can handle immigration enforcement.

What Americans think: There have not been reliable polls on the call to abolish ICE. 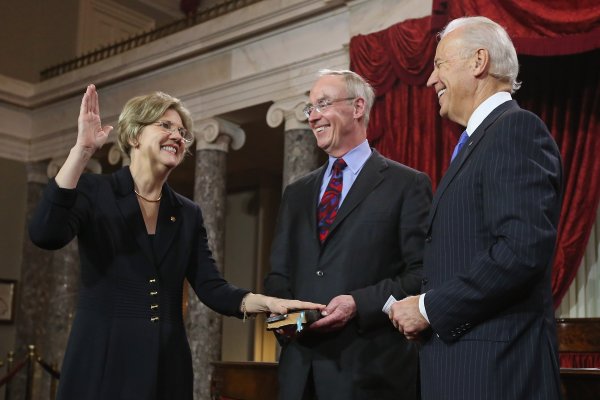 See When Each State First Elected a Woman to Congress
Next Up: Editor's Pick