'I Won!' Here's the Moment Alexandria Ocasio-Cortez Realized She Pulled Off a Major Upset Against Rep. Joe Crowley

Alexandria Ocasio-Cortez shocked the political world — and herself — when she defeated Rep. Joe Crowley in New York’s 14th congressional district primary on Tuesday.

A viral video shows Ocasio-Cortez, a 28-year-old, Bronx-born member of the Democratic Socialists of America, reacting with a mixture of shock and glee when she learns she beat Crowley, a 10-term Democratic congressman many thought would succeed Democratic Leader Nancy Pelosi. Crowley, who congratulated Ocasio-Cortez in a statement, had not been challenged in a primary for 14 years.

“I won,” Ocasio-Cortez screamed while watching the results come in on television. When a reporter asks how she feels, Ocasio-Cortez quickly responds, “I cannot put this into words.”

In an interview with CBS This Morning on Wednesday, Ocasio-Cortez said she hadn’t been following the results before she arrived at her watch party. “I had not checked the results,” she said. “We saw on the screens that we were up and we ran inside. And I ran into a TV set and looked up and saw exactly what the results were. And it was just so shocking. We had felt so great all day, but to see what that feeling looked like in numbers was astonishing.”

Ocasio-Cortez added that she always believed in her campaign. “I always felt like we had a shot and that we had a possibility to win,” she said. “Always, from day one.” 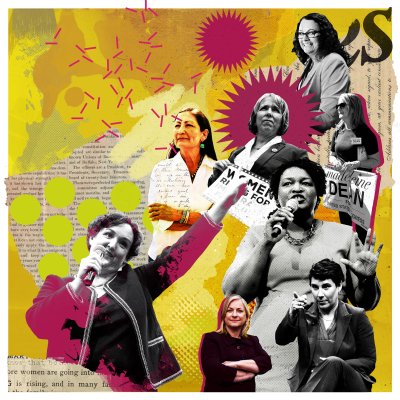 ‘It’s a Sea Change’ for Democratic Women in the Primaries
Next Up: Editor's Pick