The Dutch parliament has approved a bill banning face-covering veils in public places such as schools, government buildings and hospitals, making the Netherlands the latest European country to enact legislation restricting burqas.

Agence France-Presse reports that the bill proposes “a legal ban on wearing clothing that completely covers the face, or only shows the eyes, in educational institutions, on public transport, in government institutions and hospitals,” according to the upper house of parliament.

The legislation was approved by 44 to 31 votes in the upper house Tuesday, clearing the final hurdle before it becomes law. The lower house approved the bill in 2016, according to Reuters, after earlier attempts at a broader ban failed.

Burqas, ski-masks and helmets will all be prohibited in certain public buildings, but not on the street. Breaking the law can carry a fine of about €400, or about $466, the Guardian reports.

Supporters of the legislation say it is meant to address security concerns, but critics argue that it targets Muslim women. According to Reuters, 200 to 400 women wear burqas or niqab in the Netherlands.

In 2014, the European court of human rights upheld France’s burqa ban, arguing that a ban on a face-veil did not violate religious freedom. The measure has led to approximately 1,600 arrests, according to the Guardian.

Denmark, France, Germany, have all introduced measures to restrict the burqa amid rising tension in Europe with Muslim populations. 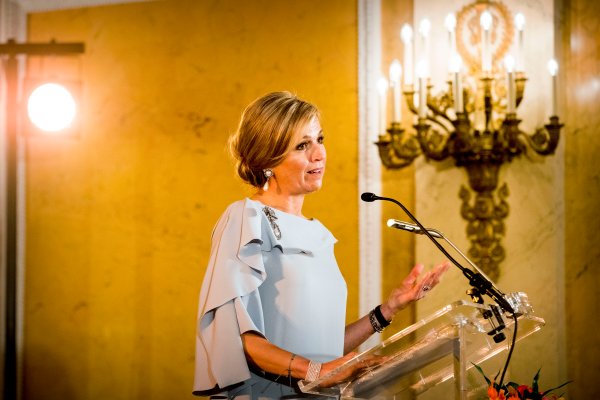 'She Has at Last Found Peace.' Dutch Queen Maxima Opens Up About Sister's Suicide
Next Up: Editor's Pick