Being Fit in Middle Age May Protect Against Depression

About 16 million adults in the U.S., and 350 million people around the world, have depression, a major source of physical and mental disability. It affects people’s employment and their ability to socialize and maintain relationships.

Now, in a large study published in JAMA Psychiatry, researchers say there may be a relatively inexpensive, non-invasive way to combat depression, beginning in middle-age. Dr. Madhukar Trivedi, an author of the study and director of the center for depression research and clinical care at University of Texas Southwestern Medical Center in Dallas, and his colleagues report that being physically fit can lower the risk of developing depression, and can also lower the risk of developing heart disease and dying early. “Depression doesn’t exist in a vacuum,” says Trivedi, senior author of the paper. “Especially for people who are older, depression has a complicated relationship with other major medical diseases.”

People with depression, for example, typically have lower life expectancy, in part because they are at higher risk of other chronic conditions like heart disease, but Trivedi says that exercise, which can improve fitness, might be a way to extend that life expectancy.

Trivedi and his colleagues analyzed data from nearly 18,000 people, who were an average age of 50 and enrolled in the Cooper Center Longitudinal Study, an ongoing study of the role of exercise on a variety of health outcomes. The data included information on people’s fitness levels, measured based on their exercise habits, as well as their depression diagnoses as later recorded by Medicare claims, their heart-related issues and cause of death where applicable.

“Exercise not only reduces your risk of heart disease but also improves your depression, so I really see it as a bonafide treatment related to depression,” says Trivedi.

MORE: The New Science of Exercise

It’s possible that people who are more fit have lower rates of inflammation, which contributes to both heart disease and depression. But future studies will need to determine if changing fitness levels can actually lower people’s depressive symptoms and heart disease; the current study was not designed to follow such changes in exercise and fitness patterns.

Based on these results, however, Trivedi says, “I want primary care physicians to prescribe not only antidepressants but also prescribe a dose of exercise for the treatment of depression.” In previous studies, he showed that exercise can be as effective as antidepressant medications or psychotherapy in treating depressive symptoms. He hopes the current findings encourage more doctors to consider exercise as another potential treatment, alongside medications and psychotherapy, for helping people with depression.

Correction June 29: The original version of this story misstated that Dr. Madhukar Trivedi led the study. The study was led by Dr. Benjamin Willis, director of epidemiology at The Cooper Institute, and Trivedi is the second author. 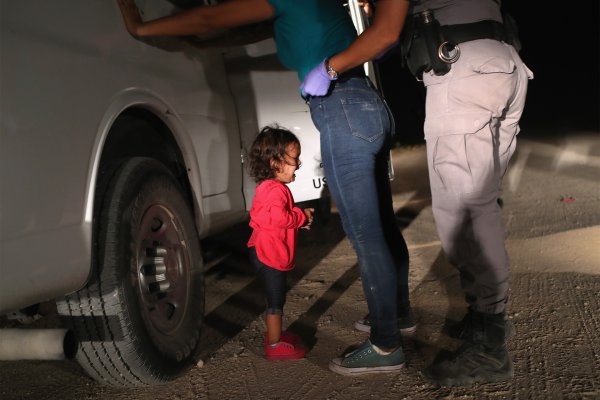 ‘What This Amounts to Is Child Abuse.’ Psychologists Warn Against Separating Kids From Their Parents
Next Up: Editor's Pick