'This Happened to Me Too.' Terry Crews Details His Alleged Sexual Assault During Emotional Senate Testimony

Terry Crews detailed his alleged sexual assault by a Hollywood agent in testimony Tuesday before the Senate Judiciary Committee as he spoke in support of the Sexual Assault Survivor’s Bill of Rights.

Although during his testimony, the 49-year-old actor did not name the Hollywood agent who he says assaulted him, Crews previously said WME agent Adam Venit touched his genitals at an industry party in February 2016. Crews filed a lawsuit against Venit and dropped WME as his agency after coming forward with his claim on Twitter. Venit has denied assaulting Crews.

“The assault lasted only minutes, but what he was effectively telling me while he held my genitals in his hand was that he held the power,” Crews said Tuesday before the Senate committee. “That he was in control.”

Crews said he pulled out of The Expendables film franchise after a producer on the movie asked him to drop his case against Venit. Earlier this year, Crews said Expendables producer Avi Lerner, who has been sued for sexual harassment by a former employee, called his management to say they could “avoid problems” if Crews dropped his case against WME. Lerner has called the accusations against him “all lies.”

As he recounted his alleged assault, Crews said during his testimony that it was difficult for him to go public with his claims.

“I was told over and over that this was not abuse. This was just a joke. This was just horseplay,” he said. “But I can say one man’s horseplay is another man’s humiliation. And I chose to tell my story and share my experience to stand in solidarity with millions of other survivors around the world. That I know how hard it is to come forward. I know the shame associated with the assault.”

He added: “I wanted these survivors to know that I believed them, I supported them, and that this happened to me too.”

Crews was advocating for the Sexual Assault Survivor’s Bill of Rights, which would protect sexual assault survivors under various measures, including preserving rape kits and subsidizing examinations across the country.

“This bill gives survivors the right to have time to have time to distance themselves from the immediate trauma before making the difficult decision to report the assault to law enforcement,” he said. 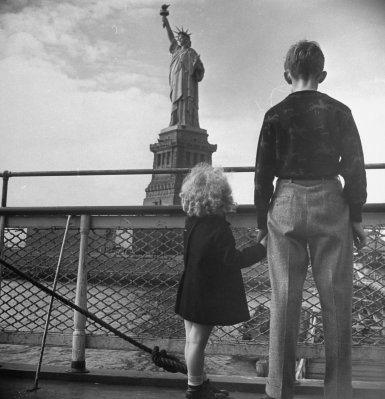 This Was President Truman's Powerful Message on Why the U.S. Should Help Refugees
Next Up: Editor's Pick