'I'm Not That Person the President of the United States Says I Am.' Man Who Was Subjected to Racist Rant Speaks Out

A Mexican-American man who was the target of a racist rant says he tried to stand up for “everybody that is scared to speak up” during the chilling encounter.

Esteban Guzman, a 27-year-old California native, said he was working with his mother in a yard when an unidentified white woman approached them and began yelling, calling them “rapists,” “animals,” “drug dealers” and “illegals,” while mentioning President Donald Trump. Video of the encounter, which was posted on Twitter, has been viewed nearly 5 million times.

Guzman, who works as a systems administrator and a part-time landscaper, told CNN on Monday the woman yelled at them, “You’re all illegal. Go back to Mexico.”

“And I say, ‘I am a United States citizen. What are you talking about?’” Guzman said in the interview.

The video does not show how the encounter began or how it ended, but Guzman said he told the woman: “I am not the person that, you know, that the President of the United States says I am.”

In an interview with The Guardian, Guzman said incidents like this one have become “increasingly regular” since Trump became president. When Trump announced his run for presidency in June 2015, he claimed Mexicans coming to the U.S. “have lots of problems, and they’re bringing those problems with us.” “They’re bringing drugs,” Trump continued. “They’re bringing crime. They’re rapists. And some, I assume, are good people.”

The video showed the woman flipping her middle finger in Guzman’s face as he asked, “Why do you hate us?”

“Because you’re Mexican,” she responded. She then called Guzman and his mother “rapists,” “animals” and “drug dealers.”

“How many people have I raped?” Guzman asked the woman. “How many drugs have I dealt?”

“Even the President of the United States says you’re a rapist,” the woman responded. She went on to appear to mock Guzman’s mother for speaking Spanish as Guzman explained they were working hard while landscaping.

Trump has used tough rhetoric to describe immigrants throughout his campaign and into his tenure in the White House. Last week, the President used the word “infest” to describe illegal immigrants entering the U.S. Critics jabbed the President for his “dehumanizing” language and rhetoric — particularly as more than 2,300 migrant children were separated from their parents along the U.S.-Mexico border as part of his administration’s zero-tolerance policy. (Trump has since signed an executive order to halt the policy, but hundreds of children are still separated from their parents as a result.)

Guzman told CNN he believes he stood up for voiceless immigrants during the encounter. 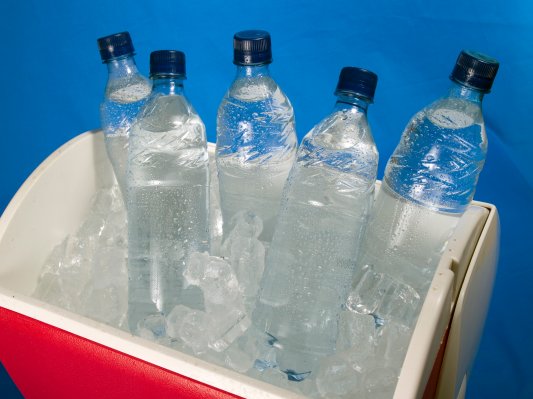