Uruguayan Soccer Player's Post-Goal Dance Has All the Right Moves

Uruguay’s Luis Suarez is one of the sport’s leading scorers in international play — and is continuing to build his reputation as a World Cup force across this year’s games so far.

During Monday’s 2018 World Cup match against Russia, Suarez secured Uruguay’s early lead with a powerful free kick, securing the point after an unlucky sidestep by one of the Russian defenders. But perhaps the best part of the striker’s performance in the game, beyond just the kick itself, was his subsequent celebration.

Sliding on his knees across the grass, Suarez finished up his moment of self-congratulation with an exuberant shimmy, leading some online to bring out comparisons with famously charismatic performer Freddie Mercury.

Uruguay ultimately shut down Russia 3-0 in the game, making them three for three in their 2018 World Cup appearances so far and seeing them comfortably advance to the next round of play. If past performance is any indication, we might yet get to see more of Suarez’s suave post-goal moves in the upcoming matches. 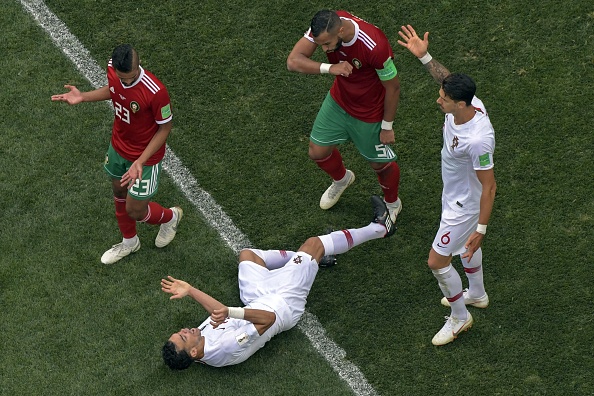 World Cup Fans Are Losing It Over Pepe's Ridiculous Flop in the Portugal-Morocco Game
Next Up: Editor's Pick