A small Virginia restaurant named Red Hen found itself the subject of one of President Donald Trump’s routine Twitter jabs and faced an onslaught of scrutiny online after its owner asked White House Press Secretary Sarah Huckabee Sanders to leave. And the case raised questions about the legality of when, why or how a restaurant or private business can refuse service to a customer — and under what circumstances it is legal or not.

Business owners have a bit of freedom in the decisions they make and whom they wish to serve, legal experts told TIME. Certain rules and regulations are common among businesses — think “no shoes, no shirt, no service,” for example — and stores can even go as far as putting up political signs, ideological memorabilia, or pointed bible passages. In the case of Red Hen, its owner, Stephanie Wilkinson, told the Washington Post the decision to ask Sanders to leave was over her work in the Trump administration and how it impacted her employees. Other high-profile cases — like Colorado’s Masterpiece Cakeshop owner’s refusal to design a wedding cake for a same-sex couple or a Walgreens pharmacist’s refusal to give a woman whose unborn child’s heart stopped beating a medication her doctor prescribed that would help end her pregnancy — relate to moral reasons and religious convictions. And the legality of each, lawyers say, has to do with the reasons involved in the decision (whether they’re political, moral or discriminatory), and what anti-discriminatory laws in the given jurisdiction protect.

Many of these cases hinge on what’s called public accommodations laws, which differ from state to state in their size and scope and prohibit discrimination on the grounds of race, gender, ethnicity or religion. A number of states also have anti-discriminatory measures related to a person’s sexual orientation or gender identity. But federal law — namely, the Title II of the Civil Rights Act of 1964 — does not include these specific sexual orientation or gender identity protections, making discrimination based on those grounds possible in states without specific laws against it.

U.S. states, save for several jurisdictions including the District of Columbia and Seattle, have no public accommodations laws that prohibit discrimination based on political ideology. Therefore, no law prohibited Red Hen’s owner from asking Sanders to leave due to her actions as an official in the Trump administration.

“I have a business, and I want the business to thrive,” Wilkinson told the Post. “This feels like the moment in our democracy when people have to make uncomfortable actions and decisions to uphold their morals.”

But as Wilkinson may have alluded to in her interview with the Post, businesses need customers to thrive — and alienating a certain group could make that more difficult.

Eugene Volokh, a law professor at the University of California, Los Angeles who writes the blog “The Volokh Conspiracy” that was once published at the Post and now hosted by Reason magazine, notes there are benefits and drawbacks to refusing to serve someone due to their political ideology. “Now, is that good because it allows people to exercise their conscience and send a symbolic message of this kind of refusal?” Volokh asked. “Or is it bad because it’s unfair to the targets or prospective clients? Or, for that matter is it bad for social cohesion that’s a matter of kind of ethics and a matter of political judgement and the like?”

Public accommodation laws don’t necessarily protect discrimination based on a political ideology since that characteristic is not one that has been historically disenfranchised, David Gans, director of human rights, civil rights & citizenship program at the Constitutional Accountability Center, a liberal-leaning non-profit think tank and law firm, said.

“We have these laws because there’s a history of exclusion of people who are disfavored from society and are excluded from a big part of civil society,” he said. “That’s not something you really see when you’re talking about the question of are you a Democrat or a Republican.”

That’s why cases like the Masterpiece Cakeshop, which the Supreme Court considered in its current term, are particularly important for members of the LGBTQ community. Earlier this month, the Supreme Court’s ruling focused more on the case itself, specifically about bias from the civil rights commission involved in the case. What it did not answer was whether or not a business could deny service to a person because of his or her sexual orientation — a ruling LGBTQ advocates have long been waiting for because not all states have anti-discrimination laws that apply to sexual orientation or gender identity.

Indeed, the American Civil Liberties Union, which represented the same-sex couple in that case, has said that businesses should be “open to all.” On the flip side, some politicians, including Trump, and Americans cheered the Supreme Court’s Masterpiece Cakeshop for its defense of the business owner’s invocation of his religious beliefs in refusing to decorate a wedding cake for a same-sex couple. Elizabeth Sepper, a law professor at Washington University in St. Louis, said she found it hypocritical that those same people are jabbing Red Hen for its refusal to serve Sanders.

“The comparisons to the Masterpiece Cakeshop highlight the hypocrisy of people who have long been advancing the argument that businesses should be free to refuse service for any reason,” Sepper said. “If that’s the position you take, then (Red Hen’s case) is a totally plausible application to this rule that has not been the position of the left.” 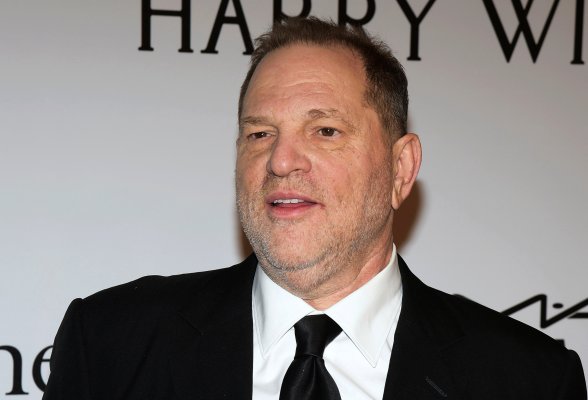 #MeToo Has Implicated 414 High-Profile People in 18 Months
Next Up: Editor's Pick