President Donald Trump said on Twitter Sunday that immigrants entering the country illegally should be removed from the country “immediately” without being granted a court hearing.

“We cannot allow all of these people to invade our Country. When somebody comes in, we must immediately, with no Judges or Court Cases, bring them back from where they came,” Trump said in a series of two tweets Sunday morning. “Our system is a mockery to good immigration policy and Law and Order. Most children come without parents….Our Immigration policy, laughed at all over the world, is very unfair to all of those people who have gone through the system legally and are waiting on line for years!”

“Immigration must be based on merit – we need people who will help to Make America Great Again,” he concluded.

Under current Trump administration policy, all all undocumented immigrants caught entering the country are referred for criminal prosecution as part of a tightened “zero-tolerance” policy announced in May by Attorney General Jeff Sessions.

That “zero-tolerance” policy spiked an onslaught of family separations, since parents who were caught crossing the border illegally were detained under the Department of Homeland Security while their children were placed under the auspices of the Office of Refugee Resettlement. More than 2,300 children were separated from the adults they crossed the border with, provoking outrage around the world and producing a public relations nightmare for the administration.

As anger over the policy reached its peak, Trump signed an Executive Order on June 20 to enable these families to stay together. In a fact sheet released Saturday evening, the Department of Homeland Security said 522 children who had been separated from their families were since reunited, but provided no timeline for when the rest of the reunions would happen. 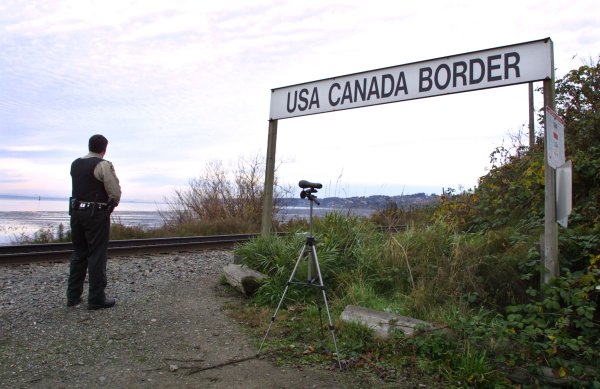 A Woman Was Detained for 2 Weeks After Accidentally Crossing the Canadian Border While Jogging
Next Up: Editor's Pick