A jogger who says she inadvertently crossed the Canadian border while running was reportedly detained by U.S. authorities for two weeks.

Cadella Roman, a 19-year-old French woman who was visiting her mother in White Rock, British Columbia, said she accidentally ran across the Canadian border into Blaine, Washington, on May 21, CBC News reports. Roman claimed she did not see any signs marking the border, and told CBC she did not know her beachside run had taken her into the U.S. until she was stopped by U.S. Customs and Border Protection (CBP) officers.

“I said to myself, well I may have crossed the border — but they’ll probably only give me a fine or they’ll tell me to go back to Canada or they’ll give me a warning,” Roman told CBC.

Instead, CBP took Roman — who did not have any documentation with her during the jog — into custody and transferred her to the U.S. Immigration and Customs Enforcement’s Tacoma Northwest Detention Center, where she remained for two weeks, CBC reports.

Roman was released on June 6, after her mother, Christiane Ferne, provided immigration officials with her daughter’s paperwork and authorities in both the U.S. and Canada determined that the jogger could return to Canada.

CBP did not immediately respond to TIME’s request for comment, but a representative told CBC that the case was handled appropriately — regardless of whether Roman knew she had crossed the border.

“It is the responsibility of an individual traveling in the vicinity of an international border to maintain awareness of their surroundings and their location at all times to ensure they do not illegally cross the border,” the representative said in a statement. “Additionally, it’s important for people traveling near the border to carry identification at all times, so that agents or officers can easily verify their identity.” 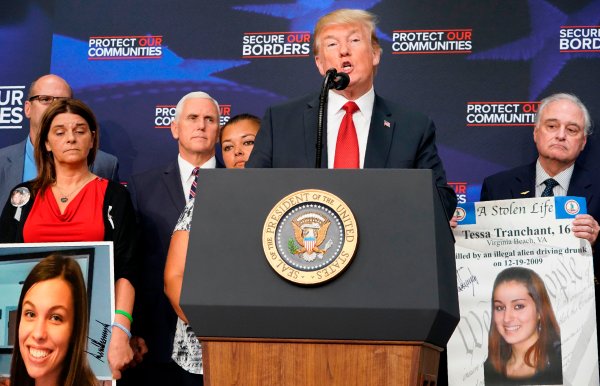