Jesus, Genghis Khan and Joan of Arc Are Just Some of the Major Figures That Could Be Cut From AP World History Classes

Some educators are up in arms over a recent proposal by the College Board to begin the AP World History exam’s scope in 1450 instead of the dawn of civilization. In justifying the move, the College Board cited the daunting amount of material that the course previously covered, beginning with early humans’ migration from Africa during the Paleolithic period.

Should the new curriculum go into effect, it may require an amendment to a storied elementary school mnemonic: “In 1492, Columbus sailed the ocean blue—42 years after the dawn of history.” (Christopher Columbus was born in 1451, just making the cut for the new exam.)

To capture how much of history would go untested after such a change, TIME compiled a list of the 200 most influential individuals in documented history. Our group is based on top-100 lists from TIME’s previous rankings, a highly cited roster by the astrophysicist Michael H. Hart, and the MIT Pantheon project. Based on dates of birth gathered from WikiData, we found that 40% of the most influential people in history were born before the new AP World History cutoff.

The curtailment would eliminate the first three eras in the present course, which cover “technological and environmental transformations” up to 600 B.C.E., “organization and reorganization of human societies” until 600 C.E. and “regional and interregional interactions” until 1450, when the focus shifts to “global interactions.” Doing so would gloss past all Greek philosophers, ancient empires, and the founder of most major religions save for Mormonism progenitor Joseph Smith, Jr.

When announcing the idea, the College Board stated that “the current AP World History course and exam cover 10,000 years of history across all seven continents. No other AP course requires such an expanse of content to be covered over a single school year.” Instead, the company proposes a “pre-AP” high school course in World History and Geography.

Critics have been quick to point out that beginning in 1450 would shift the course’s focus heavily to Western history. “They couldn’t have picked a more Eurocentric date,” World History Association president Merry E. Wiesner-Hanks told The New York Times. As for here at home, the cutoff would only exacerbate the entrenched misconception that Europeans brought modernism to a New World that was in fact a hotbed of culture and innovation long before Cortes and Columbus walked the earth.

The focus would also shift toward modern technological advancements over the cultural and philosophical foundations of modernity. TIME’s categorization of the list into major categories like “artists” and “scientists” — which were often judgment calls when topics like religion and philosophy overlapped — includes only two inventors in the pre-1450 crowd: Cai Lun, the Chinese innovator credited with inventing paper, and Johannes Gutenberg, who put that paper to new use some 1,300 years later. (Archimedes was a tough call but ended up in the “scientist” category, though he is equally deserving of the “inventor” distinction.)

The original version of this story misstated the approximate birth year of Mary. It is approximately 18 B.C.E., not 101 B.C.E. 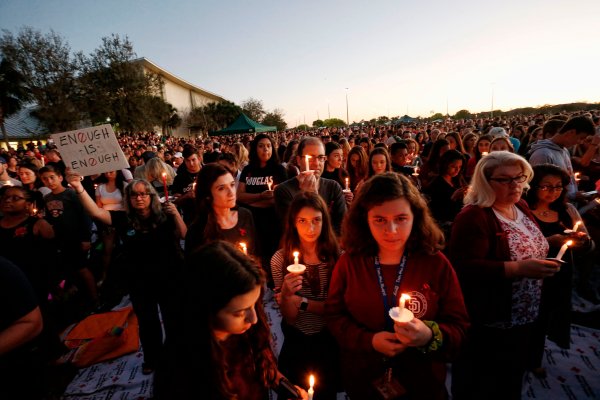 How America's Schools Are Preparing for the Next Shooting
Next Up: Editor's Pick