An Ancient Chinese Tomb Reveals an Extinct Species of Gibbon, and a Warning

An ancient Chinese royal tomb may contain more surprising discoveries than anyone expected, including what appears to be a previously unknown species of gibbon that has since been driven to extinction.

A new analysis revealed that the interred primate, whose skull and jawbone was exhumed in 2004, may not just represent a new species, Junzi imperialis, but an entirely new genus, the Washington Post reports. The tomb, which is estimated at 2,300 or 2,200 years old, is located in the ancient Chinese capital of Chang’an, in modern-day Xi’an province.

The specimen is “significantly different from living gibbons,” according to Helen Chatterjee, professor at University College London and co-author of a report on the findings published Friday in Science.

But more alarming to researchers than the discovery is the possible cause of the species’ decline. Gibbons are native to China, but loss of forest habitat has imperiled their survival. Junzi imperialis could serve as a warning that humans could spell demise for their closest relatives, the report’s authors suggest.

“This previously unknown species was likely widespread, may have persisted until the 18th century, and may be the first ape species to have perished as a direct result of human activities,” the authors wrote.

The situation has only become more dire in the two thousand years since. According to a study published last year, nearly two-thirds of primate species face the threat of extinction due to poaching and habitat loss.

“The Junzi find is a sobering lesson in the devastating effects that humans can have on the natural world,” Chatterjee said. “Nature cannot keep up.” 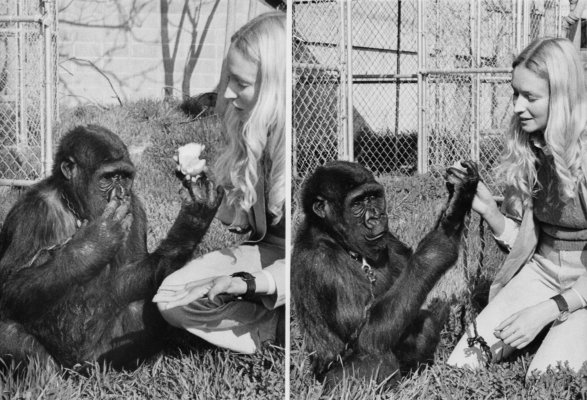 Koko the Gorilla Wasn't Human, But She Taught Us So Much About Ourselves
Next Up: Editor's Pick