First Lady Melania Trump wore a jacket that read, “I really don’t care. Do U?” ahead of her unannounced visit to a child detention center in Texas, drawing criticism from those who saw the wardrobe choice as insensitive.

“It’s a jacket. There was no hidden message,” Grisham said in a statement. “After today’s important visit to Texas, I hope the media isn’t going to choose to focus on her wardrobe.”

Melania was photographed wearing the controversial coat while boarding a plane at Andrews Air Force Base, Maryland, en route to the U.S.-Mexico border on Thursday. She was reportedly not wearing the jacket when she landed in McAllen, Texas. Melania made the visit just one day after President Donald Trump signed an executive order that would keep families from being separated while maintaining the administration’s “zero-tolerance” policy that would prosecute anyone who enters the country illegally.

“Today’s visit w the children in Texas impacted @flotus greatly,” Grisham later added in a tweet. “If media would spend their time & energy on her actions & efforts to help kids – rather than speculate & focus on her wardrobe – we could get so much accomplished on behalf of children. #SheCares #ItsJustAJacket”

However, the jacket has elicited strong reactions on social media in the wake of the outcry over the Trump administration’s zero-tolerance immigration policy. 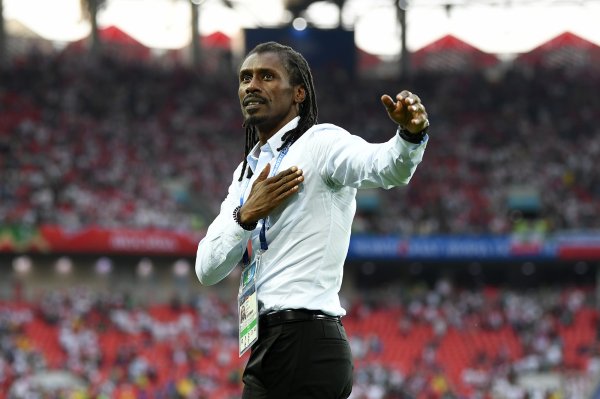