Yet, as Indonesians prepare vote in national legislature elections Wednesday, the participation of dangdut singers has gone beyond a mere stage act.

To increase gender equality in politics, Indonesia has imposed a strict mandatory quota on women standing in this year’s elections. Each political party has to field at least 30% female parliamentary candidates in to participate in an electoral district, or else it will be disqualified.

It is essentially a good rule. But much to the derision of many voters and the consternation of women activists, political parties choose to pick women little experience in politics or public service: wives, daughters or female relatives of established politicians, and famous celebrities — dangdut singers, swimsuit models and actresses. (On the latter, a phrase has even been coined: caleg cantik, or beautiful legislative candidates.)

“Is it an election or a beauty pageant?” asks website LivingIndonesia, whose “Sexiest Legislative Candidates” post, comparing the celebrities’ pre- and postcandidacy photos, has gone viral. Feminist activist Gadis Arivia slams that “political parties prefer legislative candidates with big breasts to those with big brain capacity.”

Women with political pedigree are in high demand too. Late President Suharto’s daughter Siti Hediati Hariyadi, popularly known as Titiek, is a leading MP candidate for Golkar Party, the strongman’s once formidable political vehicle. (Her former husband Prabowo Subianto is presidential candidate of his own Gerindra Party.) Members of President Susilo Bambang Yudhoyono’s extended family are running on his Democratic Party’s ticket.

Tunggal Pawestri, a candidate for the Yogyakarta provincial legislature, blames the male-dominated parties for failing to attract and nurture female talent. “So the shortcut is to recruit celebrities,” says Tunggal, who was among women’s-rights activists who pushed for the quota system. “They have a function as purely vote getters.”

Since Indonesia adopted the gender-quota law in 2003, and strengthened it five years later, the number of women elected to the 560-seat House of Representatives, or DPR, had increased, from 11% in 2004 to more than 18% in 2009.

But celebrities and political dynasts comprise the majority of women MPs. A quarter of the women elected to parliament in 2009 were popular figures, while some 42% were related to established power-families. “It was disappointing,” says Gadis, who founded the feminist Women’s Journal. “And I expect the trend to continue.”

Heavyweight politicians may prefer to recruit little-experienced celebrities and family members because they can be steered easily. But this was not always the case. Former President Megawati Sukarnoputri, chairwoman of the Indonesian Democratic Party of Struggle (PDI-P), was first wooed to join the prior incarnation of her party, despite lacking experience, because she’s a daughter of Indonesia’s first President, Sukarno. And there are strong women hailing from the entertainment industry. Rieke Diah Pitaloka, of PDI-P, and Nurul Arifin, of Golkar Party, are both comic actresses turned legislators who have earned high respect in their new careers.

And to be fair, political parties also recruit male celebrities — Lelga’s former husband, dangdut star Rhoma Irama, is the presidential candidate for another Islamic party — and there are also many politicians’ sons, brother-in-laws and nephews appearing in nomination lists.

But it is the young, attractive female newcomers who invite most scrutiny, and sometimes sexist comments. That is not fair, Tunggal says. “The ones who decide on the candidacy are political parties, and they are the ones who should be blamed.”

One stumbling block to attracting female candidates is a relatively low employment rate of Indonesian women. According to the World Bank, only 51% of women are employed in the workforce, compared with 78% of men. Moreover, women who harbor big political ambitions could face opposition at home. Indonesian media recently reported a politician divorcing his legislative-candidate wife because, he said, she had little time for their family.

Gadis acknowledges that while the gender-quota law “helps women, it is not enough.” And they need to do more to push for real gender equality, she says. “We have male-dominated parties and patriarchal culture, and that closes access to many women. We need to shatter these if we want more capable women to participate in politics.” 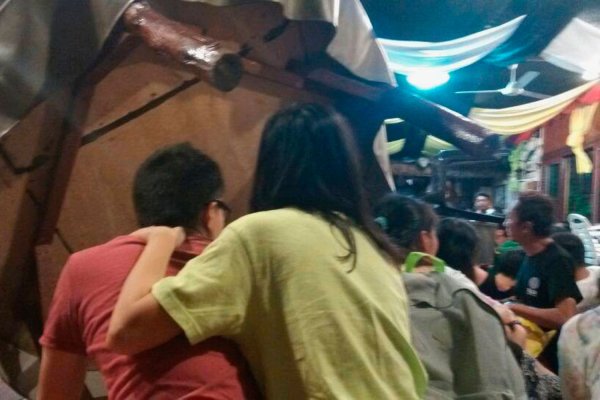 Gunmen Kidnap Two Women From a Malaysian Resort
Next Up: Editor's Pick