Is the Coming Natural Gas Boom Good for the Climate? Depends Who You Ask

Natural gas production in the U.S. is about to experience another boom with production increasing 10% this year over 2017 and 60% in the next two decades, according to a new report from IHS Markit. The report’s authors say that means more jobs and less climate change-causing carbon dioxide entering the atmosphere.

But there’s also a dark side to the natural gas boom: a study published this week in the journal Science shows that natural gas production emits significantly more methane than previously understood. Methane, which contributes to global warming, is more potent than carbon dioxide but stays in the atmosphere for a shorter period of time.

The two realities underscore a growing divide among environmental groups and policymakers about the place natural gas should have in the future U.S. energy mix. Some progressive groups argue that the fossil fuel should be purged entirely while pragmatic environmentalists say technology can help reduce methane emissions and help address climate change.

“Methane is this industry’s Achilles heel as they look out toward the future,” says Matt Watson of the Environmental Defense Fund, which organized the study. “If this industry wants to be a valuable part of a decarbonizing future they have to tackle this problem.”

The Science study, led by EDF in collaboration with a slew of academic institutions and industry partners, found that methane emissions across the oil and gas industry’s supply chain — meaning during production and transportation — are approximately 60% higher than the U.S. Environmental Protection Agency (EPA) has estimated. Annual methane emissions of the scale highlighted in the new study have the same effect trapping heat in the Earth’s atmosphere as the carbon dioxide emissions from actually burning the natural gas, according to the study.

Leaders at EDF say stemming methane emissions present a relatively easy avenue to address global warming. The group has advocated a number of different methods along those lines from federal policies that require oil and gas companies to prevent leaks to pushing industry to implement new technology. Such initiatives have received some support in the oil and gas industry in large part because trapped methane can create a new stream of revenue. A 2015 report from the Rhodium Group estimated that methane leaks across the globe resulted in a $30 billion of lost revenue in 2012.

In that view, natural gas will serve as a “bridge fuel” that will help the globe transition away from coal entirely while renewable energy technology continues to develop. Last year U.S. large carbon dioxide emissions hit their lowest point in years in large part due to the rapid deployment of natural gas that displaces coal.

But continued expansion of natural gas may make it difficult to keep that trend alive as the energy source now primarily competes with renewables rather than coal. In response, some environmental groups have launched campaigns to tip the scale in favor of renewables. The efforts seek to stop natural gas power plant and pipeline construction.

“Simply put, no amount of methane leakage is OK for the planet,” says Wenonah Hauter, executive director of Food & Water Watch, an environmental group, in a statement. “Instead of looking for ways to patch up inherently flawed energy approaches like gas fracking, we should be placing an immediate moratorium on all fossil fuel development.”

That’s easier said than done. The natural gas industry boomed a decade ago has hydraulic fracturing — known as fracking — and the new methods of drilling reduced the cost of the energy source. And, even after that boom, today regions like the Permian Basin in West Texas hold vast untapped reserves. Moreover, most projections show natural gas use continuing to expand across the globe as energy demand grows. And a slew of new natural gas power plants have come online in recent years that would be uneconomic too close.

With that in mind, many climate policymakers have sought to engaging those companies. “Without participation of the energy sector in the transformation that we need to have to address climate change we will not be able to get to the goals set in the Paris Agreement,” Patricia Espinosa, executive secretary of the United Nations Framework Convention on Climate Change (UNFCCC), told TIME at an energy conference in Houston this March. “We need to engage with all the actors that have an impact in achieving those goals.” 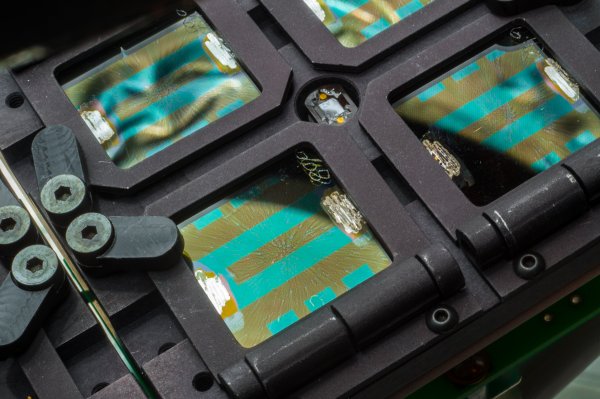 Inside the New Technology That Could Transform the Solar Power Industry
Next Up: Editor's Pick