This Bush Cabinet Official Was Imprisoned in a Japanese Internment Camp. He Sees Troubling Parallels With Family Separations

As someone once held in a Japanese internment camp, Norman Mineta typically avoids casual comparisons to his experience, but he sees similar roots in the Trump Administration’s now-overturned family separation policy.

A Cabinet member during the Clinton and George W. Bush administrations, Mineta said he does not draw historical parallels lightly, since the experiences are very different, but he feels there are similar causes.

“I guess you could say, the circumstances are different, but the causes are the same,” he told TIME.

In recent days, several high-profile people have explicitly made that comparison, however.

In an op-ed for the Washington Post, former First Lady Laura Bush said that the detention centers for children caught crossing the border were “eerily reminiscent of the internment camps for U.S. citizens and noncitizens of Japanese descent.” “Star Trek” actor George Takei wrote an op-ed in Foreign Policy criticizing the practice of separating parents and children. “At least during the internment, when I was just 5 years old, I was not taken from my parents,” he wrote.

Mineta, the first Asian-American to serve as a Cabinet secretary, agreed with that comparison, noting that he, his parents and his three siblings stayed in military-style barracks that were roughly 20-by-25, “but we were not separated.”

Read More: I Was Detained in a U.S. Internment Camp. Here’s Why America’s Current Tragedies Have the Same Causes

After the attack on Pearl Harbor, Mineta was taken from his family by train, forced to say goodbye to his friends, his dog, and even his baseball bat when he was sent to an internment camp in Heart Mountain, Wyoming. He was only 10.

“I was really too young to be angry. But I was punished for somehow being different,” Mineta recalled. “Later on in life, it became apparent that those of Japanese ancestry were about as popular as a skunk at a garden party. They had no access to the people in political office at that time.”

In 1982, a federal group called the Commission on Wartime Relocation and Internment of Civilians concluded that the incarceration of Japanese Americans was a “grave injustice.” Their report determined that the decision was wrongly based on “racial prejudice, wartime hysteria, and a failure of political leadership.”

But Trump himself has not been so certain.

After a terrorist attack in San Bernardino, Calif., during the 2016 campaign, Trump called for a ban on Muslims entering the United States, comparing it to Franklin Roosevelt’s executive order authorizing Japanese internment. In an interview with TIME, he would not unequivocally repudiate the internment camps.

“I certainly hate the concept of it. But I would have had to be there at the time to give you a proper answer,” he said.

Mineta said he is concerned that America today is not learning the lessons of the past.

“I think the causes of what we have here today, are also cause by racial prejudice, hysteria, and a failure of political leadership,” he said. “And I think we’re really at a time where we’ve got to be very vigilant about protecting constitutional rights of US citizens, to make sure that the direction we’re going in is not one that is born out of fear.” 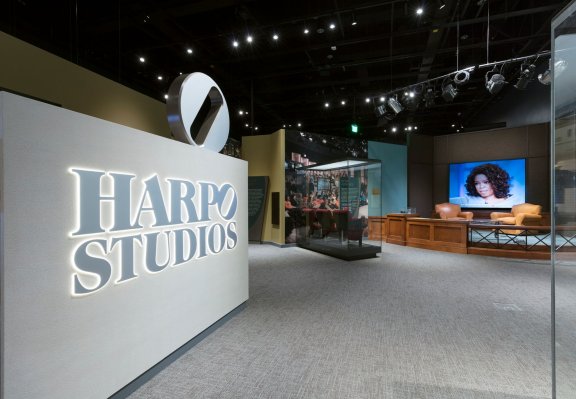 Oprah Winfrey Is Now an Exhibit in a Smithsonian Museum
Next Up: Editor's Pick