Demi Lovato appeared to reveal that she is no longer sober in a surprise single she dropped on Thursday.

In the emotional new track, dubbed “Sober,” Lovato sings about relapsing after six years of sobriety.

Lovato also apologizes to her fans in the song, singing, “I’m sorry for the fans I lost, who watched me fall again / I wanna be a role model, but I’m only human.”

The singer tweeted the single out, saying “My truth…” on Thursday.

In 2010, at age 18, the former Disney star entered rehab to seek treatment for substance abuse, depression and bulimia. Since then, she has spoken openly about her struggles with drug and alcohol addiction.

“Surrendering is the most important thing whenever you’re trying to battle your demons,” she told People in 2017. “You have to admit that you have a problem first, and then you can overcome them.”

Listen to “Sober” below. 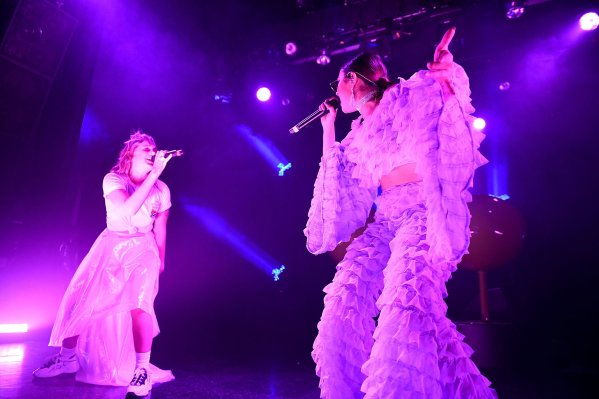 The Women of Pop Are Choosing Sisterhood Over Competition
Next Up: Editor's Pick