Yet Another Study Says Jurassic Park Was Very Wrong About T. Rex

Visitors walk past a representation of a Tyrannosaurus rex in front of the Altmuehltal Dinosaur Museum on March 21, 2018 in Denkendorf, Germany.
Andreas Gebert—Getty Images
By Mahita Gajanan

Most dinosaurs including T. Rex could not stick out their tongues, according to a new study.

The report, which comes ahead of a new Jurassic Park movie, upends the popular depictions of dinosaurs that show them with mouths open wide and tongues hanging out.

According to the study, published in PLOS One on Wednesday, most dinosaur’s tongues were anchored to the bottom of the mouth, much like alligators. Researchers from the University of Texas at Austin and the Chinese Academy of Sciences discovered the tongues were most likely unable to extend out by comparing hyoid bones, which are the bones that support and anchor the tongue, from modern birds and crocodiles with dinosaur fossil specimen.

Scientists said popular imagery of dinosaurs that show them with sticking out their tongues is wrong.

“They’ve been reconstructed the wrong way for a long time,” study co-author Julia Clarke said in a statement. “In most extinct dinosaurs their tongue bones are very short. And in crocodilians with similarly short hyoid bones, the tongue is totally fixed to the floor of the mouth.” 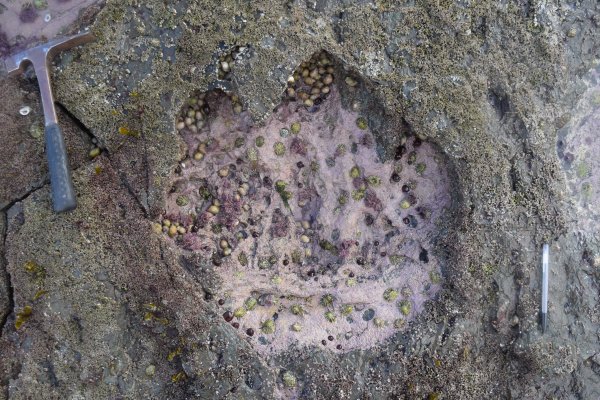 Dinosaur Footprints Uncovered in Scotland
Next Up: Editor's Pick