Koko, the Cat-Loving Gorilla Who Learned Sign Language, Dies at 46

Koko, the western lowland gorilla who learned to speak sign language and had an affinity for kittens, died in her sleep Wednesday. She was 46.

The Gorilla Foundation announced Koko’s death, saying she will be “deeply missed.”

“Koko touched the lives of millions as an ambassador for all gorillas and an icon for interspecies communication and empathy,” the foundation wrote in a statement.

Born on July 4, 1971 at the San Francisco Zoo, Koko was originally named Hanabi-ko, which translates to “fireworks child” in Japanese — a reference to her birthday falling on the Fourth of July.

When Koko was about 1 year old, she started learning sign language from Dr. Francine “Penny” Patterson, who remained her trainer throughout her life. Over the years, Koko was able to understand and use more than 1,000 different signs — and famously asked for a cat for Christmas in 1983. Researchers initially gave her a stuffed animal, but Koko wouldn’t play with it and continuously signed “sad.”

“She was terribly upset,” Ron Cohn, a biologist with the Gorilla Foundation, told the Los Angeles Times in a 1985 interview.

For her birthday that year, researchers brought her a litter of kittens and let her choose one. Koko chose a gray and white kitten that she named “All Ball.” She treated the feline like one of her own — nurturing it, carrying it around like a baby and even trying to nurse it at one point.

“They would play chase with each other and she (Koko) would hold it and pet it,” Cohn said. “The cat reacted to her as she would a human, but she was pretty independent and would bite Koko or wriggle loose when she got tired of being babied.”

All Ball was tragically hit by a car about six months later, and Koko’s reaction once again stunned researchers. “She started whimpering — a distinct hooting sound that gorillas make when they are sad. We all started crying together,” Cohn recalled to the LA Times.

She went on to care for many cats throughout her life, and Patterson wrote a children’s book in 1990 — Koko’s Kitten — that told the unlikely story of Koko’s adoration for cats.

In addition to her many cat friends, Koko also famously met several celebrities including Robin Williams and Mr. Rogers. During her 2001 meeting with Williams at the Gorilla Foundation in California, they tickled each other, laughed and at one point, Koko took Williams’ glasses and put them on her head. Williams’ called their meeting “awesome and unforgettable.”

When Koko was told that Williams died in 2016, her reaction once again went viral as photos showed her looking visibly upset. “She became extremely sad,” Patterson wrote on the gorilla foundation’s website.

On Thursday, tributes to Koko’s legacy poured out on social media with many remembering her kindness and empathy. 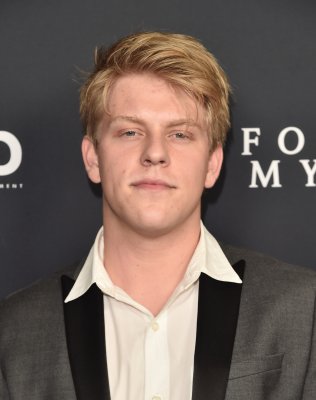 Actor Jackson Odell Found Dead in His California Home at 20
Next Up: Editor's Pick