Saldaña, a former U.S. Attorney for the Northern District of Texas, served as director of U.S. Immigration and Customs Enforcement.

It was my great honor to serve in the Department of Justice (DOJ) as U.S. Attorney in Texas, the epicenter of immigration from Mexico and Central America, then as the director of U.S. Immigration and Customs Enforcement (ICE) from late 2014 until the end of the Obama Administration. But the zero-tolerance immigration policy that has recently been implemented by the DOJ is reminiscent of past ill-conceived fear-based immigration policies—from the Chinese Exclusion Act of 1882 to Executive Order 9066 that President Franklin D. Roosevelt used to establish Japanese internment camps after Pearl Harbor—which stain our proud country’s history.

Each year I was the director of ICE, Congress mandated that we use discretion when deciding how to use our funds wisely. This prosecutorial discretion is a time-honored and rational approach to seeking justice—one that balances the need to ensure public safety with the availability of limited public resources.

Every dollar spent by the U.S. government in pursuit of criminal misdemeanor immigration cases is wholly contrary to that mandate. Setting aside concerns of compassion—if that is even possible—the “zero tolerance” policy further burdens our over-burdened justice system when there are drug cartels, international organized criminal enterprises and cyber malefactors to investigate.

While Congress has incomprehensibly evaded the responsibility of legislating total immigration reform, there are effective alternatives to manage our critical border-security issues, other than simplistic responses like a physical border wall or the criminal pursuit of immigrant mothers, fathers and infants. I worked directly with the Presidents, national security and immigration officials of our neighbors to the south to collaborate on such solutions, which I found to be meaningful and effective. We should continue our public information programs in Guatemala, Honduras, El Salvador and Mexico, among other countries, to emphatically lay out the dangers of illegal immigration. We should work with these governments to shore up their economies and strengthen their nation-building capacities. And we should collaborate with—not denigrate—them, for the sake of our mutually beneficial law-enforcement relationships.

I am a true believer in the rule of law and the important ends of law enforcement. The actions being taken serve neither. 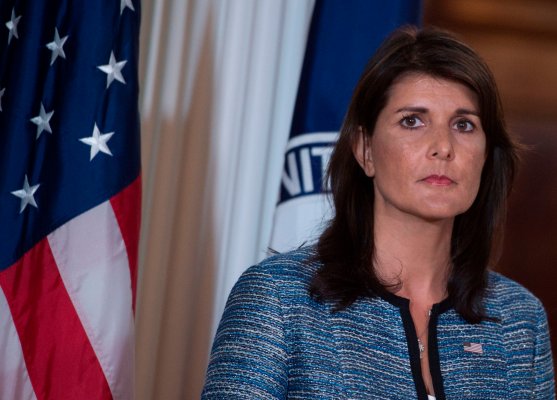 Trump Leaving the Human Rights Council Will Only Weaken America
Next Up: Editor's Pick