I Was Detained in a U.S. Internment Camp. Here’s Why America’s Current Tragedies Have the Same Causes

Left: Japanese-Americans in Los Angeles, California, waiting for the train to take them to Owens Valley internment camp in April 1942. Right: Pedestrian travelers wait in a U.S. Customs and Border Protection line at the Mexico-U.S. border port of entry in Hidalgo, Texas, on April 13, 2018.
Getty Images; Loren Elliott—Reuters
Ideas
By Norman Y. Mineta
Norman Y. Mineta is the Chair of the Board of Trustees of the Japanese American National Museum and the Secretary of Transportation under George W. Bush and the Secretary of Commerce under President Bill Clinton. He and his family were incarcerated at a concentration camp in Heart Mountain, Wyoming

In 1942, as a 10-year-old boy in San Jose, Calif., I was one of 120,000 people—close to 70% of us were American citizens—taken from our homes by the U.S. government and put into makeshift detention camps at horse racetracks. Our so-called crime was that we were of Japanese ancestry after Japan had attacked America.

When I was put into a camp, I was too young to be angry. I was afraid and confused. And I was ashamed of being punished for somehow being different.

Forty years later, the federal Commission on Wartime Relocation and Internment of Civilians determined that there was no military necessity for our detention. It concluded that the causes for the internment were racial prejudice, hysteria and “a failure of political leadership.”

Today the circumstances are different, but the causes are the same. From his first words as President to the recent suggestion that America is at risk of becoming “a migrant camp,” Donald Trump has trafficked in fear. “We” are up against “them,” and “they” are coming to get “us.”

Immigration, refugee resettlement and maintaining national borders were some of the toughest problems I faced in my years as a member of Congress. To resolve those issues requires hard choices, tempered by compromise and political courage.

America is at its best when it applies its democratic values, a can-do spirit, an open heart and a helping hand to problems like these. It is at its worst when it forgets those values and acts like a frightened, angry nation with second-rate political leaders.

We don’t need 40 years and a commission to tell us what went wrong here. 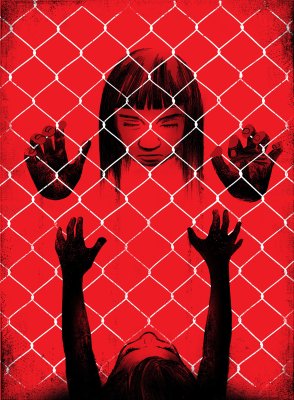 Federal Judge: Why Americans Do Not Have the Legal High Ground on Immigration
Next Up: Editor's Pick