President Donald Trump plans to meet Queen Elizabeth II next month while on a working trip to the United Kingdom.

The visit will take place on Friday July 13, and will be the U.S. president’s first trip to the country since winning the 2016 election, Sky News reports.

“Yes, yes, I mean he has to see the head of state,” U.S. ambassador Robert Wood Johnson told Sky News when asked whether the president would meet the queen. “Putting his foot on British soil, it’s job one, it’s very important, very symbolic.”

Plans are still being finalized, but Trump will likely meet the queen at Windsor Castle and engage in talks with Prime Minister Theresa May while he is there.

Anti-Trump protests will be expected in light of the crisis enveloping the Trump administration over a ‘zero tolerance‘ immigration policy that has seen children separated from parents accused of crossing the U.S.-Mexico border illegally. More than 2,000 children have been removed from their parents and temporarily moved to government-run facilities or foster care to worldwide condemnation.

Prime Minister May has said that the images of children in cages at the border are “deeply disturbing,” Sky News reports.

The last time President Trump was invited to the U.K., over 1.8 million Britons signed a petition against the visit. Prime Minister May had invited the president in January for the opening of the new U.S. embassy in London, but a piqued Trump canceled the trip because he did not like the Obama administration’s choice of location for the new facility. 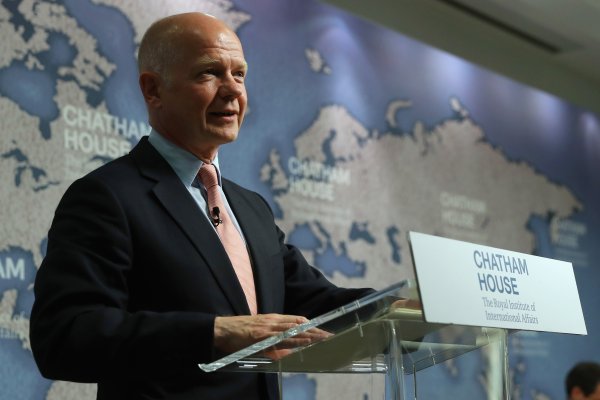 Why a Top Conservative Politician Is Calling for Marijuana to Be Legalized in the U.K.
Next Up: Editor's Pick