Former Trump campaign manager Corey Lewandowski mocked an anecdote about a 10-year-old girl with Down syndrome being separated from her mother at the U.S.-Mexico border due to the Trump Administration’s “zero tolerance” policy on immigration.

Petkanas, a former senior Democratic National Committee adviser, said the 10-year-old had been “taken from her mother and put in a cage.”

The girl’s story was originally shared by Mexican Foreign Minister Luis Videgaray, who called the ordeal “particularly painful.” The girl and her brother were sent to a U.S. detention facility in McAllen, Texas, while their mother was sent an hour away to Brownsville, Videgaray added.

The Trump administration has come under intense criticism for the zero tolerance policy which separates children from their parents at the U.S.-Mexico border in order to criminally prosecute all undocumented crossings.

Since May, 2,342 children, some just infants, have been separated from their families, and put in the government’s care, according to federal officials.

President Donald Trump has argued that he sees no alternative to family separations in order to ensure illegal immigrants do not “pour into” and “infest” the country. 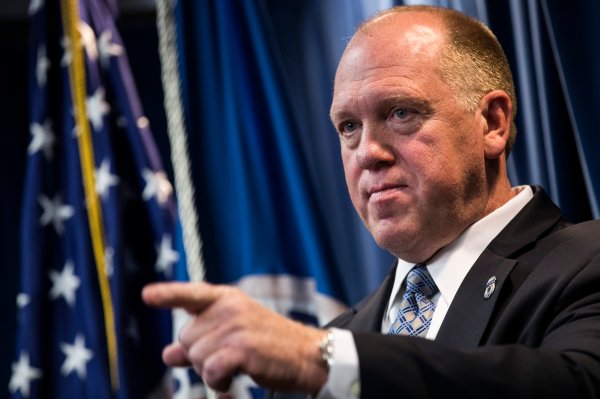