Are Omega-3s Good for Your Brain?

Omega-3 is easily the most popular supplement in America. Roughly 8% of adults—or about 19 million people—take some kind of omega-3 fatty acid supplement, according to the latest figures from the National Institutes of Health.

There’s a reason fish oil capsules and other omega-3 supplements are so popular. “Omega-3 fatty acids are involved in many different fundamental [brain] processes,” says Simon Dyall, a principal academic and head of nutrition at Bournemouth University in the UK.

Omega-3 polyunsaturated fatty acids—namely EPA and DHA—and their metabolites influence gene expression, oxidative stress, cerebral blood flow, levels of neurotransmitters, and other brain-related processes such as the production of new neurons, Dyall explains. DHA in particular is an essential building block of the brain’s cell membranes. So at a molecular level—like a house without bricks or walls—the brain could not exist without omega-3 fatty acids.

What’s not clear today is whether swallowing a fish oil pill or some other type of omega-3 supplement can improve cognitive function or safeguard brain health.

“We have a lot of evidence that omega-3’s may have favorable effects on the brain, but the evidence on dietary intakes and supplements is inconclusive,” says Aron Barbey, an associate professor and director of the Center for Brain Plasticity at the University of Illinois at Urbana-Champagne.

Barbey’s research has linked high blood levels of omega-3s with improved cognitive function and also with increased volume in certain brain structures. But Barbey says these findings are strictly correlational—meaning they don’t show that consuming omega-3’s in food or supplements produces these benefits. He says he’s yet to conduct the kinds of randomized controlled trials that prove dietary omega-3’s will cause positive changes in the way a person’s brain operates or ages.

Others have conducted those sorts of interventional studies, but the results thus far have been mixed

One two-year study of healthy older adults found taking a daily supplement containing 500 mg of DHA and 200 mg of EPA did not significantly change cognitive function compared to a placebo. Another study, this one among middle-aged adults with low levels of dietary omega-3s, found no brain benefits after 18 weeks of EPA and DHA supplementation.

“The limitation of our study was we only did it for four months,” says Dr. Matthew Muldoon, a professor of medicine at the University of Pittsburgh and coauthor of the omega-3 study on middle-aged adults. “It could be that omega-3’s take longer than four weeks to get into the cells in the brain, or it could be more of a lifelong effect where omega-3 fatty acid intake during your 20s affects brain health in your 30s or 40s.”

But not all the cause-and-effect trials on omega-3 have come up short.

Some studies have shown that adults suffering from depression and who are taking prescription meds seem to experience a mood boost from taking omega-3 supplements—particularly ones high in EPA. “But we haven’t seen those same mood effects among people who aren’t clinically depressed,” Muldoon says.

It’s still possible —and probably likely—that the long-term consumption of dietary omega-3’s has a beneficial effect on brain health and function. It’s just that all the specifics are murky; no one knows the quantity or types of omega-3’s a person needs or for how long they need to take, or even the best way to get it, Muldoon says.

For all these reasons, he and other experts usually advise people to eat healthy dietary sources of omega-3’s—rather than swallowing pills.

Fatty fish like salmon, trout and sardines are among the highest natural dietary sources of omega-3’s. And there’s good evidence that older adults who eat diets high in fish tend to have better brain health outcomes than those who skimp on seafood.

But again, these findings have to be looked at with a critical eye. “The beneficial effects seen in these kinds of studies could come from eating fish, or from not eating as much meat, of it could be that the [fish-eaters] were from higher socioeconomic categories,” Barbey says. It’s also possible that the people who ate lots of fish were healthier in other ways. Maybe they exercised more. “The results are exciting, but we need more research to conclude that it’s the DHA or EPA that’s providing the benefits,” he adds.

At the same time, “there’s no downside to getting more fish in your diet,” Muldoon says. “Humans in previous generations ate more fish, and while omega-3 fatty acids are uniquely high in fish, it may be that something else in fish is also, or in combination [with omega-3’s], having some benefit.”

He says eating fish more than once a week is a healthy, prudent way to increase omega-3 intake. “Salmon is so plentiful in omega-3 fatty acids that even eating a four- or six-ounce portion once a week means you’re doing pretty well,” he says. “The high numbers of people taking supplements would probably be better off spending money on getting fish into their diets.”

Other fish are also high in omega-3s. For those who are concerned about over-fishing, Peruvian anchoveta (look for the Roland brand of anchovies marked “product of Peru”), mussels and Alaskan sockeye salmon are great, sustainable sources of omega-3’s, says Paul Greenberg, author of the forthcoming The Omega Principle, a forthcoming book about seafood and health.

If you want to double down on omega-3 and take a supplement along with your weekly portions of fish, the NIH states that the potential side-effects are mild. Just be sure to keep your supplement intake below 2 grams per day to avoid potential (though unlikely) health complications—including reduced immune function or increased bleeding, the NIH warns. (Ask your doctor first if you’re on prescription meds—especially blood thinners.)

“I’m certainly a proponent of fish intake,” Muldoon says. “But the evidence is not so strong that we should all be taking a supplement.” 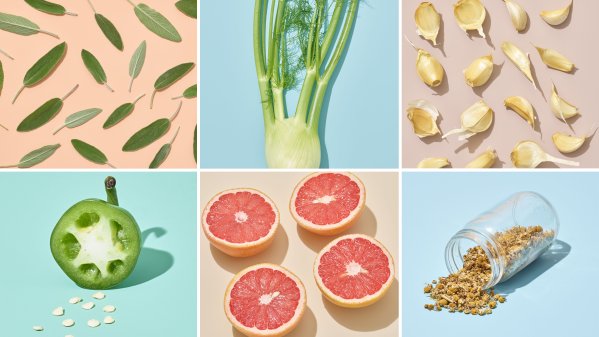 11 Best Foods For Your Immune System
Next Up: Editor's Pick