Donald Trump's Endorsements Say More About Him Than the Candidates

President Donald Trump endorsed South Carolina Gov. Henry McMaster for being “with me from the beginning.” While backing Rep. Lou Barletta for re-election, Trump noted that he was “one of my very earliest supporters” and “a friend of mine.” Before the Texas primary, Trump tweeted that Texas Land Commissioner George P. Bush “backed me when it wasn’t the politically correct thing to do, and I back him now.”

While many politicians have rewarded supporters with endorsements, few have been as transparent about their reasoning as Trump.

A review of endorsements he’s made over the past years shows that Trump places a high premium on personal loyalty, often explicitly citing it in his tweets, speeches and statements as a main reason that he’s supporting a candidate.

“I think [loyalty] is probably the most important factor in the president’s agenda,” said Leah Askarinam, a contributing reporter at a prominent campaign analysis newsletter called Inside Elections (formerly the Rothernberg Political Report). “Because he probably wouldn’t endorse a candidate who doesn’t support him.”

In his tweets, Trump often argues that a candidate is “strong” or “tough” on a handful of issues — typically crime, taxes and immigration — before noting that they “will help me” or have been “a great supporter.”

Before getting into politics, Trump was quite open about how much he values loyalty.

In his book, “Crippled America: How to Make America Great Again,” Trump wrote “loyalty is extremely important to me. My family and close friends will say that I am loyal to a fault.” In his book “Think BIG And Kick Ass in Business and in Life,” Trump stated “I value loyalty above everything else — more than brains, more than drive and more than energy.”

As president, Trump has also talked about the importance of loyalty. He reportedly suggested that Attorney General Jeff Sessions should protect him, the way he believes Attorney General Eric Holder protected President Obama. As reported by the Washington Post, Trump aids would verify potential Cabinet members’ adherence to the president by checking their social media profiles for anti-Trump posts. And former FBI Director James Comey testified to Congress that Trump asked him for loyalty over dinner at the White House, a claim Trump denies.

Experts say he’s hardly the first politician to prize loyalty. During her 2008 bid for president, Hillary Clinton staffers kept a list of allies who supported her and defectors who “burned her” by endorsing Barack Obama, according to Politico.

But, as he has in other ways, Trump has taken that subtext and made it explicit.

“I think that loyalty has always been a hidden consideration [in endorsements] … but Trump definitely seems to be a little bit more honest about his motivations in that regard,” said Nathaniel Rakich, another elections reporter at Inside Elections and FiveThirtyEight. “The president is loyal to people who are loyal to him – especially early – and he tends to hold grudges against people who were never Trumpers in 2016 or opposed him in office.”

Aside from rewarding loyalty, Trump has also sought to punish perceived disloyalty.

Just hours before the polls closed in South Carolina’s recent primary, Trump took to Twitter to endorse Katie Arrington and attacked her Republican opponent Mark Sanford for being “very unhelpful to me in my campaign to MAGA,” “MIA, and “nothing but trouble,” intervening in a heated primary fight against the advice of aides.

Dartmouth professor Kyle Dropp, who has studied political endorsements, said that Trump’s endorsement in that election was unusual.

“I would imagine that previous presidents have probably been less likely to get involved in endorsements in primaries of their given party … in that way, Trump might be different in his approach because he may not coordinate as much with the national party leaders in terms of these endorsements.”

After his primary race, Sanford criticized the “tribal” nature of Trump support, likening it to a “cancerous growth” that is “metastasizing.” When commenting on Trump’s tweets, he said, “this was not about policy, it was about personal loyalty. And that’s where I think this race has much greater implications.”

To be sure, Trump has sometimes chosen to follow the advice of party leaders. In August, he backed Republican Sen. Luther Strange, who was widely seen as more electable than former state Supreme Court justice Roy Moore, but observers noted that it seemed half-hearted.

“He didn’t seem to be super enthusiastic about the endorsement,” Askarinam noted. “Trump is usually pretty forthright with his emotions and thoughts, and we didn’t really see that full embrace of Luther Strange.”

After Strange lost the Republican primary, Trump deleted tweets supporting him and endorsed Moore for the general election, which he lost.

Some say Trump’s unusual approach to endorsements could also be due to his unique background as the only U.S. president to have never previously served in elected office or the military, which gives him much more freedom to back candidates who think like him or have supported him in the past 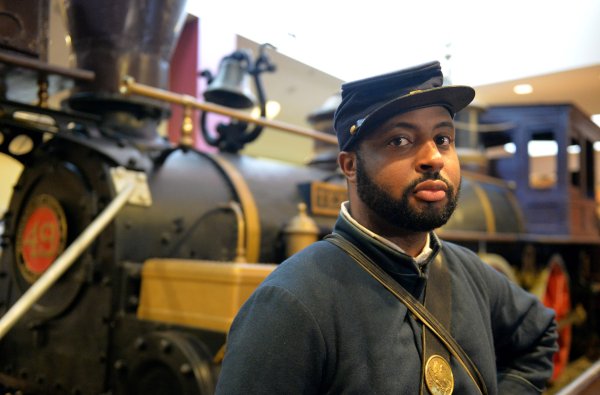 Read President Trump's Statement on Juneteenth, Celebrating the Official End of Slavery in Texas
Next Up: Editor's Pick