“Some people see a dumpster fire and do nothing but watch the spectacle,” Painter said in the ad as a trash fire appeared to burn behind him.

Invoking a dumpster fire in his first campaign ad reflects an image conjured by some Americans starting in 2016. Indeed, the American Dialect Society named “dumpster fire,” defined as “an exceedingly disastrous or chaotic situation,” as the 2016 word of the year.

“As a metaphor for a situation that is out of control or poorly handled, dumpster fire came into prominence in 2016,” the organization said at the time, “very frequently in the context of the U.S. presidential campaign.” 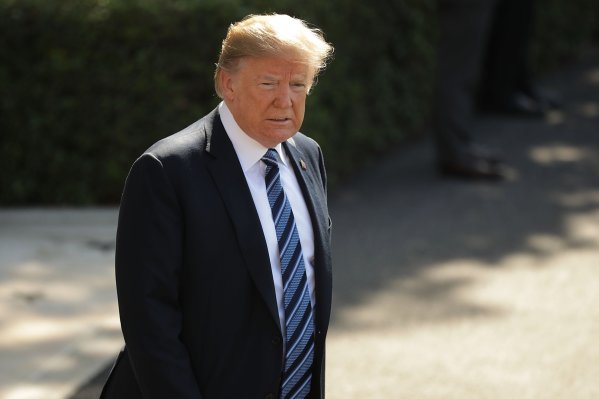 South Carolina Elections Show Trump Can Hurt. But Can He Still Help?
Next Up: Editor's Pick