With Rosalynn Carter adding her voice to the choir of political figures who are speaking out against the Trump administration’s zero tolerance immigration policy, all five living first ladies have now publicly come out against the controversial policy, which separates children from their parents as families try to cross the border into the U.S.

Carter called the practice of removing children from their parents “disgraceful and a shame to our country,” while recalling the work she did to raise awareness about the plight of refugees in Cambodia in the late 1970s.

Laura Bush published an op-ed in the Washington Post on Father’s Day calling family separations “immoral” and “cruel” while noting that more than 100 of the detained children are under the age of four. Bush also compared the current administration’s warehousing of immigrants in detention facilities to the internment camps in the U.S. during World War II.

“These images are eerily reminiscent of the internment camps for U.S. citizens and noncitizens of Japanese descent during World War II, now considered to have been one of the most shameful episodes in U.S. history,” wrote Bush.

Hillary Clinton, who lost the 2016 presidential election, also made her stance on the zero tolerance policy known, writing in a Twitter thread that what’s happening at the border is a “humanitarian crisis.” Clinton also applauded Bush’s decision to speak up and shared links to organizations accepting donations to help the separated families.

Current first lady Melania Trump issued a statement through her office saying, “Mrs. Trump hates to see children separated from their families and hopes both sides of the aisle can finally come together to achieve successful immigration reform,” according to the statement. “She believes we need to be a country that follows all laws, but also a country that governs with heart.”

Although many applauded her for breaking from her husband President Donald Trump’s stance on the policy, others have pointed out that she still assigned blame to the Democrats for what is happening at the border by using “both sides” in her statement. 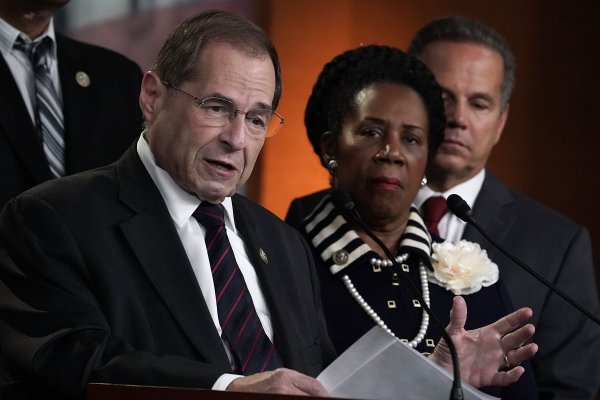 House Democrats Are Unveiling a Bill to Keep Immigrant Families Together
Next Up: Editor's Pick