World Cup 2018 is officially underway and Mexico has already pulled off the tournament’s first major upset. Thanks to a first-half goal from forward Hirving Lozano and some incredible defense, Mexico secured a 1-0 win over defending world champion Germany on Sunday.

But it seems the team may have also had some help from an outside source. In a video shared by Twitter user paola, a grandma can be seen standing in front of her TV to bless each player in Mexico’s lineup as the Mexican National Anthem played before the game.

“I’m 100% convinced my grandma was the reason Mexico won,” paola captioned the clip, which has been watched nearly 10 million times as of Monday afternoon. 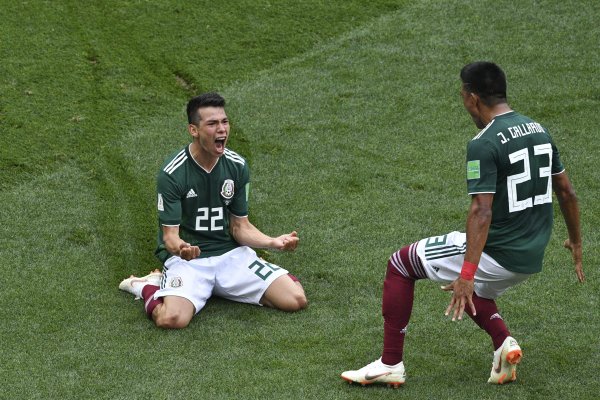 Telemundo’s Call of Mexico’s Goal on Germany Sets a New Bar
Next Up: Editor's Pick