Here's What It's Like Inside a Detention Facility for Immigrants, According to the Border Patrol

Children sit grouped together with sheets of foil intended to serve as blankets inside cages at a detention facility in Texas that holds families arrested at the southern United States border.

Video footage released by the U.S. Border Patrol Monday shows dozens of people being led into the cages and people lying side-by-side underneath foil sheets in the facility, located in an old warehouse in McAllen, Texas. In one shot, women sit on a bench up against the chain-link fencing that makes up the cages. Children are seen sitting in groups and a baby can be heard crying in the background.

Border Patrol officials released the video after allowing a brief visit from reporters to the facility on Sunday in response to criticism of the Trump administration’s “zero tolerance” policy of separating migrant children from parents who are arrested while trying to cross into the U.S.

Under the policy, Homeland Security officials refer cases of illegal entry into the U.S. for prosecution. About 2,000 children were separated from their parents between April 19 and May 31 after Attorney General Jess Sessions implemented the policy, the Associated Press reports. Several of the adults in the footage could be arrested and charged with illegal entry – resulting in agents separating them from their children.

The McAllen facility holds more than 1,100 people and is divided into sections for unaccompanied children, parents with children and adults who are on their own, the AP reports. According to the Border Patrol, there are about 200 children at the facility who were picked up by border patrol after crossing the border without a parent or guardian. Parents and children made up an additional 500 people. 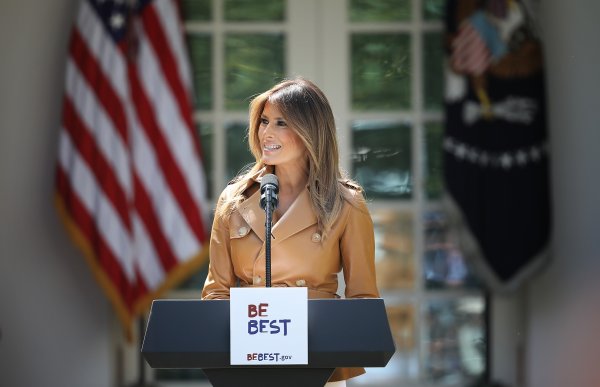 Here Are All the Republicans Who Criticized the Trump Administration’s Family Separation Policy This Weekend
Next Up: Editor's Pick