Nearly 2,000 Children Have Been Separated From Their Families During Trump Border Crackdown

Nearly 2,000 children were separated from their families during a six-week period in April and May, as the Trump Administration cracked down on illegal immigration with a “zero-tolerance” policy of separating families at the border.

From April 19 through May 31, there were 1,995 children separated from 1,940 adults by U.S. Border Patrol, a spokesperson for the Department of Homeland Security (DHS) confirmed on Saturday.

The figures represent families who were separated because of illegal entry, immigration violations, possible criminal conduct by the parent, and cases where officials could not verify the family relationship, the DHS spokesperson said.

Attorney General Jeff Sessions announced in early May that officials would separate parents and children who are caught illegally crossing the border while prosecuting the parents for a federal misdemeanor. While the parents are incarcerated, children — who are not charged with a crime — are separated and kept in juvenile facilities with no clear process for reunification. In the past, families in this situation have typically been subject to civil deportation proceedings instead of criminal prosecution.

The Trump Administration’s controversial new policy sparked outrage this week, as more stories emerged about families who had been unexpectedly separated and as visits by reporters to juvenile immigration shelters shed light on the facilities where many of those children now find themselves. 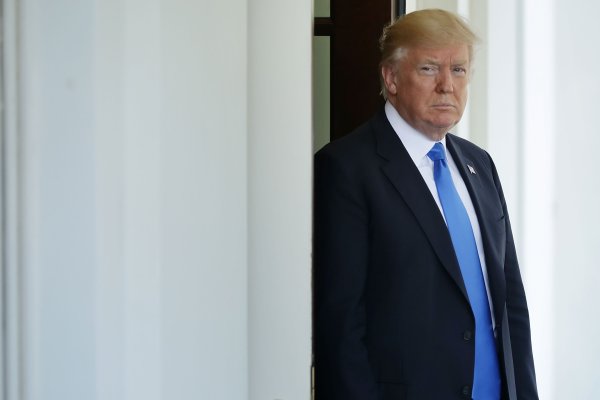 President Trump Spiked an Immigration Compromise He Supported
Next Up: Editor's Pick