President Trump Said the Inspector General's Report Proves Bias Against Him. It Does Not

President Donald Trump said the inspector general’s report on the Hillary Clinton email investigation proves that the FBI and the Justice Department acted out of bias against him, but the report itself does not back up his claims.

“The IG report yesterday went a long way to show that, and I think that the Mueller investigation has been totally discredited,” he said.

But the inspector general’s report does not address the Mueller investigation and says that while some FBI and Justice Department officials showed poor judgment, there is no evidence that they did so because of political bias or that their actions improperly affected the investigations.

The final report, released Thursday, clearly states that “we did not find documentary or testimonial evidence that improper considerations, including political bias, directly affected the specific investigative actions we reviewed.”

Read More: Read the 192 Arguments President Trump Has Made Against the Mueller Investigation

Although the report does criticize former FBI Director James Comey and other FBI employees for violations of protocol and failures of judgment, it concludes that these mistakes were not motivated by partisanship.

In Trump’s tweets this morning, he singled out FBI officials Lisa Page and Peter Strzok for sending disparaging text messages about him. He specifically retweeted the conversation in which Page asks if Trump will ever become president, and Strzok replies “No, no he won’t. We’ll stop it.” Both were initially involved with the Mueller investigation but later removed from the team.

The inspector general’s report did note that the texts display “a willingness to take official action to impact a presidential candidate’s electoral prospects.” However, ultimately after reviewing their messages and their actions, investigators concluded that Page’s and Strzok’s opinions did not influence their actions at the FBI.

As the report states, it “did not find documentary or testimonial evidence directly connecting the political views these employees expressed in their text messages and instant messages to the investigative decisions we reviewed.”

Meanwhile, Mueller’s investigation has recently taken on increased urgency and higher stakes. In a court filing this past Tuesday, Mueller’s office asserted that Russian intelligence agencies may still be meddling in the current and upcoming midterm elections.

The document expresses the concern that “individuals and entities … are continuing to engage in interference operations like those charged in the present indictment.” 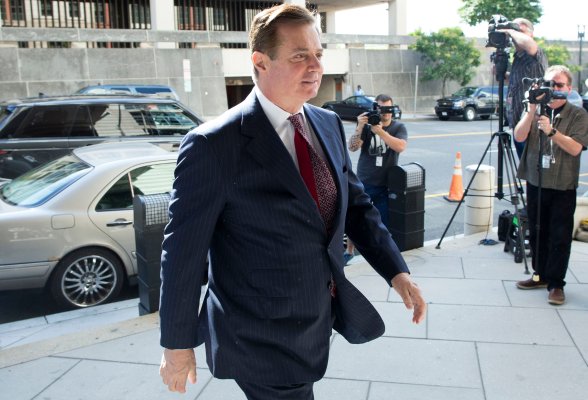 Manafort's Headed to Jail
Next Up: Editor's Pick