Ideas
By John L. McCullough
The Rev. McCullough is President and CEO of Church World Service.

The Donald Trump Administration’s attack on families at the country’s southern border came to a new low yesterday, when Attorney General Jeff Sessions attempted to use the Bible to defend his cruel zero-tolerance policy that has ripped more than 1,300 children out of the loving arms of their parents.

Sessions cited Romans 13 and said we are called by the Bible to “obey the laws of the government.” During the White House press briefing, press secretary Sarah Sanders defended Sessions by saying, “It is very Biblical to enforce the law.”

But while Romans 13 calls Christians to be subject to governing authorities, it makes it clear that these authorities also have a great debt of responsibility to honor what is right: “Do you want to be free from fear of the one in authority? Then do what is right and you will be commended.” And what is right? The passage goes on to tell us the ultimate truth: “The commandments… are summed up in this one command: ‘Love your neighbor as yourself.’ Love does no harm to a neighbor. Therefore love is the fulfillment of the law.”

There is no moral justification for taking children away from parents who are fit to care for them. And subjecting these already traumatized children to prison-like facilities is simply unconscionable.

On matters of protecting children and supporting families, the Bible is quite clear. It tells us to love our neighbor, defend the vulnerable and welcome the sojourner. This is a cornerstone not only of Christian faith but also of American values. It is the reason that family unity has long played a leading role in the U.S. response to the refugee crisis, both through the U.S. resettlement program and in allowing those granted asylum to petition for their family members to join them.

Sessions and the Trump Administration have made it clear that these are not their guiding principles. From enacting the refugee bans from mostly Muslim-majority nations to bringing refugee admissions to a near-halt to separating families at the border, they have taken every opportunity available to tear families apart.

There is no legitimate reason why children and parents need to be detained or separated while claims are adjudicated in immigration court. A righteous nation finds a way to support such people. Many of these families are themselves refugees fleeing horrific violence from countries as some of the most dangerous places in the world, according to the World Economic Forum: El Salvador, Venezuela and Honduras. But how does this Administration treat families seeking protection through the legal asylum process? On June 11, Sessions announced the Justice Department will exclude victims of domestic violence and gang violence from asylum.

Instead of spending so much time detaining immigrants, the Attorney General and the Administration should instead work harder to ensure that asylum seekers have access to legal counsel. According to the nonprofit, nonpartisan organization Human Rights First, immigrants and asylum seekers who have legal representation appear for their immigration court hearings at high rates. This goes to show that when given a fair chance to do so, people seeking to enter this nation do indeed follow the laws, regardless of Sessions’ evocations of the Bible.

Despite the actions of our politicians, Americans are a generous and kind people. Communities across the country are ready and eager to welcome refugees seeking asylum from Central America and those who are resettled from Africa and the Middle East.

Church World Service has been aiding people displaced by violence and conflict for more than 70 years. We know that these refugees, when treated with dignity and provided their basic human rights and freedoms, become powerful ambassadors of our nation’s founding principles of equal opportunity, religious freedom, and liberty and justice for all.

We must not allow our leaders to fool us into thinking any different. It’s time that our own governing authorities learn to do what is right by loving the most vulnerable among us. Jesus himself said in Matthew 19:14, “Let the little children come to me.” 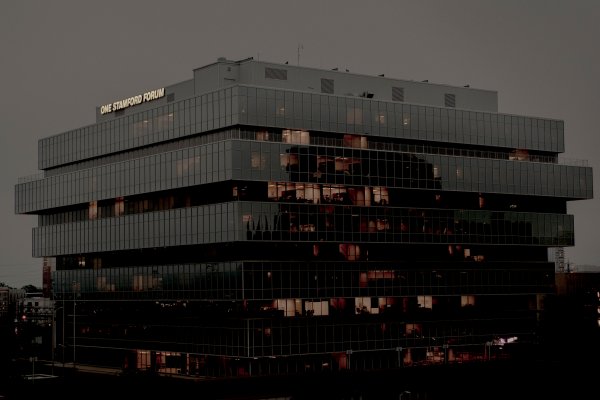 Why Drug Company Executives Haven’t Really Seen Justice for Their Role in the Opioid Crisis
Next Up: Editor's Pick