Mark Twain Claimed He Got His Pen Name From a Riverboat Captain. He May Have Actually Gotten It in a Saloon

Powerful gravity drew young men west during the Civil War, especially after the armies began drafting to fill their ranks. One of the thousands who traveled “the plains across” was an obscure Missourian named Samuel Langhorne Clemens who had spent a few weeks riding with a band of Confederate irregulars. Despite Sam’s mild secessionist sympathies, his older brother Orion Clemens had campaigned for Abraham Lincoln. As reward, the new president appointed Orion secretary of the Nevada Territory, then in the throes of a mining frenzy centered on the Comstock Lode beneath booming Virginia City, the largest town in the territory. Sam went west with his brother on the overland stage in the late summer of 1861, there being, as his first great biographer wryly observed, “no place in the active Middle West just then for an officer of either army who had voluntarily retired from service.”

Orion Clemens took up his official duties in Carson City while Sam dashed about the territory trying to attach himself to some of its fabled wealth. (Writing as Mark Twain a decade later, he’d immortalize the experiences in Roughing It, making judicious use of “improved facts.”) Sam Clemens spent the rest of the year mining, and he found the labor “hard and long and dismal,” not to mention dangerous and un-remunerative.

Clemens did a measure of hard work as a miner through the first half of 1862, more than he allowed in Roughing It. One of his letters told of “picking” until blisters covered his hands. Clemens owned “feet,” meaning “shares,” in several promising mines, and his hopes for riches ran high. Clemens described one prospect to his brother as “a dead sure thing” before adding, realistically, “but then it’s the d—dest country for disappointments the world ever saw.”

Fortunately for American literary destiny, none of Clemens’s mines came in rich, or anything close. A gifted yarner, he amused his companions with lively storytelling, and he wrote burlesque sketches, a few of which found their way into the pages of Virginia City’s leading newspaper, the Territorial Enterprise, over the pseudonym “Josh,” a pen name presumably intended as more verb than noun. Like so many others in the Nevada Territory, Sam Clemens was rich in “feet,” but poor in cash. By July 1862, he was trying to sell writing to newspapers all over the West.

Joseph T. Goodman, publisher of the Enterprise, recognized a talent for clear, colorful, humorous writing in the author of the “Josh” letters and offered Clemens a job at $25 per week, steady employment that promised to save Clemens from penury. Accepting it meant surrendering his dream of mining wealth. After some soul-searching, Clemens resigned himself to the dead sure thing.

In simple frontier language, the budding but unpolished genius quickly demonstrated a unique ability to use embellishment, hyperbole, satire, caricature, parody, mock-flattery, and ridicule to flay bare essential truth. As his voice matured, Clemens’s stories, hoaxes, and brutal sketches grew into something entirely American, encapsulating the terrible whimsy, painful irony, and outrageous hilarity of life on the mining frontier. No conceit, swelled head, or stuffed shirt lived safe from his slashing pen, and the Enterprise soon raised his salary. “They pay me six dollars a day,” Clemens wrote his sister, “and I make 50 per cent profit by only doing three dollars worth of work.”

No matter. The readership reveled in his half day’s labor. Clemens had become widely known in Virginia City — if not necessarily widely liked — by the time the pseudonym Mark Twain first appeared in the Enterprise on February 3, 1863. A decade later, Clemens claimed he’d appropriated his by-then-famous nom de plume from a staid Mississippi riverboat captain. However, according to more convincing Virginia City legend, Clemens acquired the nickname before it appeared in print, derived from his habit of striding into the Old Corner Saloon and calling out to the barkeep to “Mark Twain!” a phrase Mississippi river boatmen sang out with their craft in two fathoms of water, but that in Virginia City meant bring two blasts of whisky to Sam Clemens and make two chalk marks against his account on the back wall of the saloon.

Although later in life, Clemens claimed not to have had “a large experience in the matter of alcoholic drinks,” men who knew him in Virginia City remembered substantial quantities of chalk ground down to a nub on his behalf. Regardless, one of the Comstockers Clemens had become acquainted with was the quiet, industrious, up-and-coming, and largely abstemious Irishman who superintended the Milton mine — John Mackay.

One day, Clemens visited Mackay in the Milton’s new office. Clemens found Mackay’s situation “rather sumptuous, for that day and place.” Mackay hadn’t been in “such very smooth circumstances” before. His office “had part of a carpet on the floor and two chairs instead of a candle-box.” Perhaps needing fodder for one of his fancy sketches, Clemens proposed they switch jobs. Mackay could have his place on the Enterprise. Clemens would run the Milton.

Mackay considered the offer. Superintending a mine required knowing how to bore, sink, stope, and ventilate underground workings, pump water, and hoist ore. A superintendent needed to understand the basics of static and dynamic mechanics, surveying, mineralogy, and geology, and possess the ability to lead and motivate men. Ever the practical and considerate man, Mackay asked how much Clemens’s newspaper job was worth.

“I never swindled anybody in my life, and I don’t want to begin with you,” Mackay stammered. “This business of mine is not worth $40 a week. You stay where you are and I will try to get a living out of this.”

Decades later, when Mark Twain was the most famous American writer and raconteur in the world, he delighted in the light the anecdote shone on John Mackay, a man who was not just his friend, but who had by then become, in Twain’s description, “the first of the hundred millionaires.”

They stayed friends until Mackay’s death in 1902, with the taciturn old miner justifying his relationship with often testy Mark Twain by saying, “I’m addicted to the society of literary men.” By then, Clemens hadn’t set foot in mining country in more than thirty years, but he looked back on his formative years on the Comstock Lode with affection. As he wrote a mutual friend of both his and Mackay’s three years after Mackay’s death, “Those were the days!—those old ones. They will come no more. Youth will come no more. They were so full to the brim with the wine of life; there have been no others like them.” 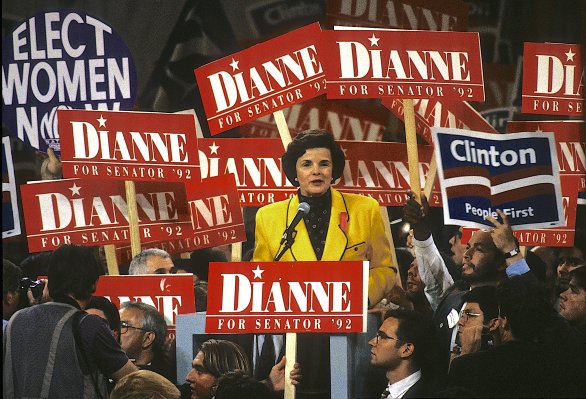 Author: How the ’90s Tricked Women Into Thinking They’d Gained Gender Equality
Next Up: Editor's Pick