What It Means to Be a 'Good' Father in America Has Changed. Here's How

The purpose of Father’s Day, an annual holiday that falls in the U.S. on the third Sunday in June is clear: families spend some quality time with dad, maybe buying him a gift, to show their appreciation. But the work they’re appreciating — the role that Americans expect fathers to play throughout the rest of the year — is a complicated one.

In practice, every family — and what that family expects from a father, if one is present — is different. But that has never stopped anyone from imagining that there’s a certain way to be a “good” dad.

Some of the tensions there are near-constant, like the contradictory expectations between going out and being a breadwinner and staying home and spending quality time with the kids. Some of them are distinctly modern, like the impact of social media. And over time, as the role of the American dad has been subject to increasing analysis, there’s been less and less agreement on the right way to be a father.

In the early years of the United States’ existence, the concept of what it meant to be a dad was something that, as far as historians can tell, people just didn’t think all that much about. In that period, a good dad imparted faith and knowledge, and that was that.

“The topic of fatherhood was not commonly discussed in Colonial American sources,” historian Shawn Johansen, author of Family Men: Middle-Class Fatherhood in Early Industrializing America, told TIME in an email. “Fathers were to teach their children religious piety and doctrine, while inculcating good work habits and the necessary knowledge to succeed in a mostly agrarian economy.”

That began to change — like so much else — in the 19th century, in the years after the Civil War. The growth of the U.S. commercial economy meant that it became more common for a family’s primary source of income to be a job performed outside the home rather than a farm or family business, meaning that someone, usually the father, left every day for work. This shift jump-started the rise of a middle class, just around the same time that children started to be seen more as individuals with rights that must be protected rather than just another pair of hands. Kids started to leave home for public school, too, and it was the responsibility of the father to guild them, especially sons, to later finding their own jobs. (Johansen notes another “surprising” change in this period when it comes to American fatherhood: this is when some men in the middle class start to be present in the room when their children are born.) Industrialization led to a unique set of expectations for working-class fathers, too.

“Fathers’ identities revolved around bread-winning and their ability to place children in work positions,” says Johansen. “The vagaries of industrial work, however, made working-class fathers’ authority more vulnerable than even the middle-class fathers.”

In American cities, as immigration boomed, dads in those communities faced their own challenges, as they struggled to balance expectations that a father would control his family against the common situation in which his children were the ones better assimilated into their new community.

So by the time the 20th century begins, bread-winning is the primary characteristic of society’s idea of a good American father. But, perhaps not surprisingly, there was soon a swing back toward recognition — if not accommodation — of the rest of a father’s job.

Around the turn of the century, expectations for American kids evolved quickly, and fathers’ roles changed accordingly. Families were having fewer children — Johansen points out that the typical white American woman bore six children in 1800, and only three in 1900 — which meant parents might concentrate more on each one. Amid the growing professionalization of psychology, child development (including the impact of the father) became more widely studied. The psychologist G. Stanley Hall led Americans to recognize adolescence as a life stage, and to take the minds of young people seriously.

But at the same time, the trend continued toward men spending more and more time working outside the home. Urbanization and suburbanization, the institution of the 40-hour work week and the spread of the automobile all contributed.

“I think the key change for the invention of the modern father is in the 1920s,” says historian Robert L. Griswold, author of Fatherhood in America: A History. “The advent of the automobile” is part of the broader growth of consumer society, heaping on the pressure on breadwinners to “earn more bread,” as Griswold puts it, just as families were also realizing just how much a father’s non-economic role in the family mattered.

In what’s often billed as the beginning of a “New Fatherhood movement,” a surge in literature argued that men should be changing diapers, imparting words of wisdom and playing with children when they weren’t at work.

Not coincidentally, this is the same period when Father’s Day becomes a thing. The Great Depression was hard on marriages, especially as society expected fathers to provide for their families but female-dominated service jobs were hit less badly than male-dominated industrial jobs were. Some advocates thought there should be a national holiday to raise the self esteem of unemployed and under-employed men. (Despite the push, Father’s Day would only become law in 1972 when President Richard Nixon signed a measure making the day official for the third Sunday of June.)

Even so, recognizing the importance of fathers didn’t mean it was easy for dads to spend more time with their kids. During World War II, fathers went from being “absent from work during the Depression, to absent at war,” as Griswold puts it. Fathers weren’t drafted until late 1943 — contributing to a spike in marriages, as starting a family was a way to avoid the draft — because of experts’ concerns about what kind of impact the draft would have on the American family. U.S. Senator Burton K. Wheeler (D-MT) argued that “slackers” in “government bureaus” should be sent to war before “American homes are broken up.”

The next major shift is one that continues to this day. Since the women’s liberation movement took off in the late ’60s, leading to more opportunities for women pursue a wider range of job and education opportunities, the image of the family breadwinner changed. The rise of no-fault divorces also led to more kids splitting time between homes. Though there had always been women who supported their families, and families that didn’t conform to the mom-dad-kids model, in the late 20th century American society began to recognize that truth in a new way. And as Americans in families of all types struggled to figure out what it meant to be a “good” parent, fatherhood was part of the battle.

In keeping with the spirit of the times, the “New Fatherhood” movement came back in full force, with renewed concern about the role fathers would now be expected to play in the family as it evolved.

“More children will go to sleep tonight in a fatherless home than ever in the nation’s history,” TIME declared in a cover story on fatherhood that hit newsstands for Father’s Day 1993, amid increased public awareness of this situation. “Talk to the experts in crime, drug abuse, depression, school failure, and they can point to some study somewhere blaming those problems on the disappearance of fathers from the American family. But talk to the fathers who do stay with their families, and the story grows more complicated. What they are hearing, from their bosses, from institutions, from the culture around them, even from their own wives, very often comes down to a devastating message: We don’t really trust men to be parents, and we don’t really need them to be.”

The idea that fathers get the message that they’re not needed — especially now that social media has increased the platforms by which ideas about good parenting can be offered — is still an issue. For example, a study that recently appeared in The Journal of Child and Family Studies suggests that such as “maternal gate-closing,” the idea that mothers still know the most about childcare, could be overwhelming fathers and negatively affecting their confidence in their own ability to parent.

Clearly society has not yet arrived at the perfect image of the “good” American dad, so the evolution continues. And thinking about the evolution is an element of that process. One of the most important parts of this centuries-old balancing act, that recent study’s author Lauren Altenburger told TIME, is for fathers and mothers all to “communicate openly about parenting.” 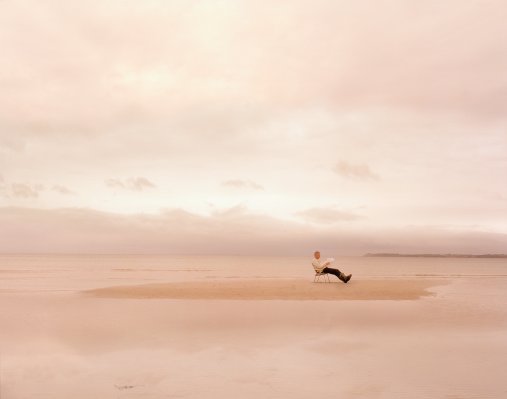 Why Doing Nothing Is One of the Most Important Things You Can Do
Next Up: Editor's Pick