E3, the video game industry’s top annual confab, has all but come and gone, leaving us with a cornucopia of upcoming titles to look forward to across platforms, from PlayStation to Xbox to Switch and everything else.

Here’s a look at the seven games revealed or otherwise highlighted at E3 2018 that we can’t wait to play.

Imagine a Grand Theft Auto game set in a dystopian, Blade Runner-esque futuristic California. That’s pretty much Cyberpunk 2077, as far as we can tell. Players will navigate Night City’s six different regions in an open-world RPG-style adventure, taking various missions and generally trying to survive a gritty-yet-glamorous world. Developer CD Projekt hasn’t put a release date on this one yet, but it’ll be available for PlayStation 4, Xbox One and PC when it’s done.

Speaking of dystopian futures, there’s a new Fallout game on the horizon from Bethesda: Fallout 76. Whereas Fallout games have typically been set several decades after a Cold War-era nuclear apocalypse, Fallout 76 will drop players into the lore just a couple of decades after the bombs fell. The gameplay promises to be different, too — Bethesda is framing this one up as an online-only shared-world survival game. Fallout 76 is slated for release on Nov. 14 for PlayStation 4, Xbox One and PC.

Electronic Arts hasn’t revealed a ton of information about this one just yet, but the plot sounds promising enough: You’re a Jedi Padawan who survived Order 66 and now must carry on as the Jedi are hunted down and slaughtered across the galaxy. We won’t get this one until “Holiday 2019,” says EA. But that dark period in the Star Wars lore is ripe for excellent storytelling opportunities that have so far gone largely untapped since the Extended Universe canon was wiped in 2014.

One of the biggest hits of E3 was no doubt Insomniac Games’ Spider-Man, the latest in a long line of web-slinging platformers featuring Peter Parker and co. The game is playable at E3, and the folks who’ve gotten a spin with it are lauding it for its visuals, controls and overall enjoyability. Superhero games are notoriously difficult to pull off, but Spider-Man may just have what it takes to be a hit when the Insomniac Games title arrives for the PlayStation 4 on Sept. 7.

The Nintendo Switch’s ever-expanding software library is slowly but surely turning it into a can’t-miss system. That’ll be doubly true with the Dec. 7 release of Super Smash Bros. Ultimate, a brand new Smash game built specifically for Nintendo’s latest console. Nintendo says the latest installation of its cross-title brawling franchise will feature every character that’s ever been in the series (but there’s still no Waluigi, to the dismay of some). Oh, and if you’ve still got one hanging around, the game will be compatible with GameCube controllers, a favorite of some hardcore smashers.

Last of Us Part II

A long-awaited sequel to one of the PlayStation 3’s best-selling games, The Last of Us Part II will be a sequel set five years after the events of the post-apocalyptic original. Characters Ellie and Joel are returning, though both have clearly been affected by several more years of desperate survival. Developer Naughty Dog hasn’t put a release date on this one yet, but legions of fans are eagerly anticipating its arrival nonetheless.

Bonus: Fortnite on the Nintendo Switch

Fortnite is by no means a new game, with millions of players already competing to be the last person standing. But its arrival on the Nintendo Switch is a big deal both for the game (because it’ll reach even more players) and the console (because it’s another sign Nintendo is targeting older teens and adults, not just younger players). With throngs of kids about to be unleashed upon the world until school starts up again in autumn, the summer of Fortnite is undoubtedly upon us. 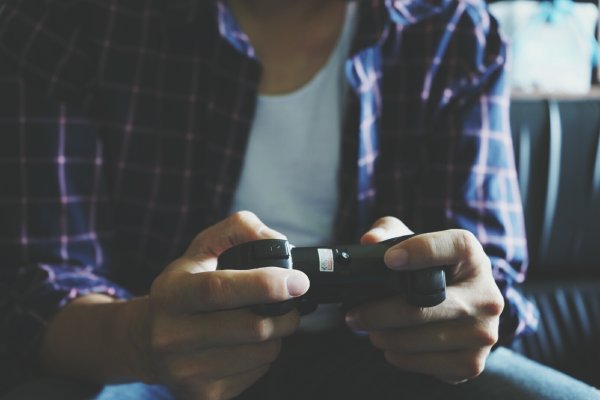