A cat said to have psychic powers has predicted the winner of the first game in the 2018 World Cup, set to kick off on June 14.

Achilles, a deaf Russian cat that lives at the Hermitage museum in St. Petersburg, was given two plates of cat food to determine the opening match’s winner. One plate was marked with a Russian flag, while the other had a Saudi flag.

After a moment of hesitation, Achilles chose the Russian plate, the Associated Press reports. Following the choice, the cat was dressed in a Russian uniform for a photoshoot.

Achilles became known for having psychic abilities after correctly guessing the winners of multiple matches during the Confederations Cup last year in Russia. 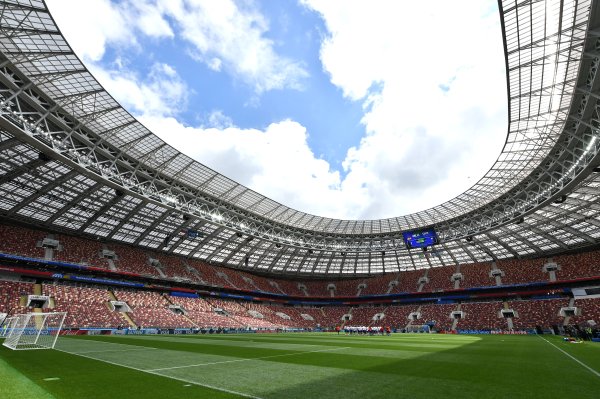