Although the sequel to the blockbuster Wonder Woman movie isn’t slated to hit theaters until November 2019, excitement is already heating up about the next adventure of Gal Gadot as the supernatural Diana Prince. That early buzz comes thanks to updates the studio and returning director Patty Jenkins have been rolling out to fans this week, including the name of the movie (it will be Wonder Woman 1984) and some first shots of the action as the team begins filming.

One of the photos, a still of Gadot looking at a wall of TV screens, is atmospheric but ultimately cryptic in terms of plot details. The other image, of actor Chris Pine as Steve Trevor, is much more surprising. After all, Trevor heroically sacrificed his life at the end of the last movie during a World War I fight sequence — and flashbacks to the present day in that movie also show Gadot still pining away after her lost love.

Fans are both confused and elated by his return, however — and his costume choice, featuring a spot-on 80s tracksuit. Besides Gadot and Pine, we know that Kristen Wiig has been tapped to play the role of villain Cheetah and Pedro Pascal of Narcos will also be joining the cast of the sequel. But this new Steve Trevor twist in the plot turns the rest of the movie into even more of a mystery. 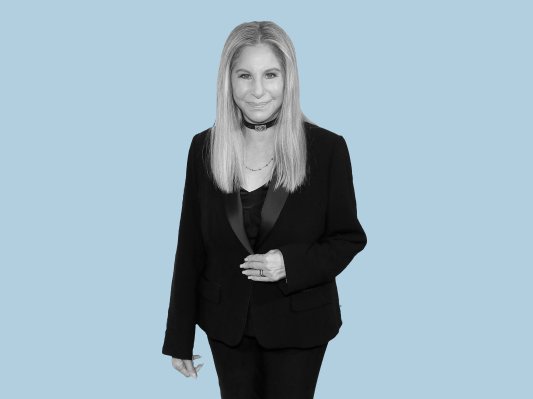 Barbra Streisand on Hollywood Before #MeToo
Next Up: Editor's Pick