Despite getting their romantic start in Westeros—where weddings typically involve a brutal murder plot—Kit Harington and Rose Leslie managed to tie the knot on Saturday with seemingly no bloodshed.

The former Game of Thrones co-stars were married at Scotland’s Kirkton of Rayne church on June 23 in front of their family, friends and, of course, castmates. The reception was held at nearby Wardhill Castle — a property that’s been in the Leslie family for generations.

“I rang [the scheduling producer] up and I said, ‘I’m getting married and it’s your fault actually,'” Harington revealed during an October 2017 appearance on The Jonathan Ross Show. “I was like, ‘You need to factor in a Game of Thrones wedding by the way.’ They [the cast] have all got to be there so the whole thing has got to shut down.”

Harington and Leslie announced their engagement in September 2017 with a notice in the Wednesday edition of The Times of London newspaper. 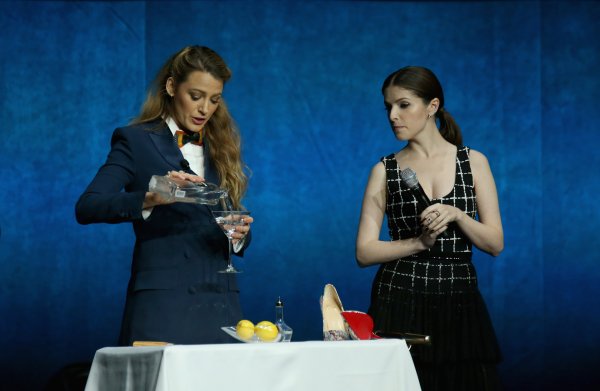 Blake Lively Is Musing "Cheating" on Ryan Reynolds
Next Up: Editor's Pick