The building-scaling raccoon in Minnesota who ascended to impressive heights of internet stardom has been rescued.

But not before it amassed a huge following. MPRraccoon — as the raccoon is now known on Twitter — captured widespread attention as people online followed its adventurous heroics when it climbed a 25-story building in St. Paul, Minn. Naturally, people drew superhero comparisons as they took to Twitter to urge the furry adrenaline seeker on.

That’s because an animal this plucky is the only drama worth watching.

As we all shared the thrill, the raccoon’s travails were immortalized in fan art, and people bonded to the raccoon as they shared experiences of their own when it comes to losing our way.

It all started because the raccoon was stranded on a different building nearby on Monday, according to Minnesota Public Radio. And the first times that the St. Paul Fire Department and building workers tried to rescue it with a makeshift ladder did not pan out. In fact, it wasn’t until late Tuesday night that the raccoon began to make its way down from the seventeenth floor slowly.

Relive the tale of unbridled determination, boundless ego, and 2018 stunting in the video above.

Thankfully, blessedly, the raccoon is safe.

A reporter and the building authorities were kind enough to live-tweet the rescue. 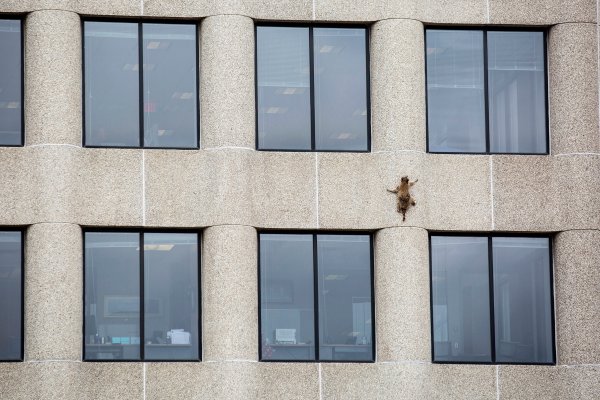