The North Korea Summit Gave Trump a Genuine Victory. But China May Benefit Most

In the politics of 2018, up is down, black is white, and political leaders meet to kick off negotiations rather than wrap them up. Both North Korea and the U.S. got what they wanted out of the Kim-Trump summit. But in the long-term the real winner may be China.

The two leaders shook hands in front of a sea of alternating U.S. and North Korean flags, and then retreated into a private meeting accompanied only by two interpreters. They emerged less than an hour later to be joined by their aides in a broader set of meetings, after which Kim and Trump signed a joint statement affirming that the U.S. would provide security guarantees to North Korea and that North Korea was “committed” to the denuclearization of the entire Korean peninsula.

The official statement was light on specifics (though it did say the two sides would proceed with follow-up negotiations as soon as possible), but as the G7 summit earlier this week showed, having Trump sign a joint statement and not immediately retract his support of it is a victory in itself.

North Korea clearly extracted more tangible victories from the summit than the U.S. Trump vowed to pause military exercises on the Korean Peninsula during negotiations, a substantial concession that apparently even caught the South Koreans (with whom the U.S. conducts those military exercises) off-guard. Lest you think it’s an unprecedented move, the U.S. had actually cancelled military exercises with South Korea in the 1990s in a failed attempt to get the North Koreans to denuclearize. Nevertheless, it’s striking that the Trump offered to lead with that rather than holding out to include it as a sweetener somewhere down the line. Even more surprising is that Trump referred to those military exercises as “provocative,” echoing the rhetoric Pyongyang uses to describe those war games.

But the real victory for North Korea and Kim was simply holding the summit in the first place. The picture of Trump and Kim shaking hands in front of North Korean and U.S. flags placed side-by-side will be replayed countless times on North Korean state TV and is all the evidence Kim needs to show the North Korean people that the Kim dynasty was right to pursue nuclear weapons to gain equal status in the eyes of the West. Mission accomplished, and then some. And all it cost Kim was some fuzzy talk about denuclearization somewhere down the line.

Trump won too, however. For all the concessions Kim got in the summit, the one he really needed—the lifting of economic sanctions—eluded him, and those sanctions remain in place and as crushing as ever. Trump also says he got Kim to agree to destroy a missile-engine testing site as well, which he claims came after the two sides already signed the joint statement (though it’s not clear this promise amounts to much); this is in addition to the repatriation of the remains of POW/MIA US soldiers that died in North Korea during the Korean War that made it into the final text of the agreement.

It’s the summit itself that represents Trump’s most significant victory, giving him a genuine achievement that none of his predecessors can lay claim to. While the Trump presidency so far has been more about unraveling all that came before him, here is one area of foreign policy where the Trump administration is actually moving the ball forward in a constructive manner.

If you think Trump’s aggressively incoherent approach to North Korea hasn’t had much to do with it, consider this: Since Trump assumed office, China has tightened sanctions against North Korea, Pyongyang has suspended nuclear and ballistic missile testing, North Korea has released U.S. prisoners, and Kim has begun reaching out diplomatically to countries like South Korea, Russia and the U.S. Those are serious accomplishments for a man who’s been in office for little more than a year and a half.

Of course, it’s hard to disassociate Trump’s success on the North Korea front from all the other self-inflicted geopolitical wounds he’s brought upon himself — the G7 debacle being just the most recent. The one constant in Trump’s one-step-forward, multiple-steps-back approach to geopolitics is that China keeps improving its geopolitical position. Although it was only on the periphery of the summit, that trend continued this week.

For years, China has wanted tensions to cool on the neighboring Korean peninsula and for the U.S. to scale back its military operations in China’s Asian backyard. Suddenly, it’s gotten both; Trump’s announcement that the U.S. would suspend military exercises with South Korea as part of the denuclearization process is essentially the “freeze-for-freeze” proposal Beijing has been pushing for years, and which previous U.S. presidents had consistently rejected.

But if negotiations hold and the Korean peninsula moves toward peace and reconciliation, the U.S. will slowly lose one of its most critical security footholds in Asia. Without the menace of a nuclearized and isolated North Korea next door, South Korea will be able to move away from the security arrangement it has with Washington to a more economically-oriented arrangement with Beijing. The U.S., in other words, looks set to become a more marginal player in Asia, much to the delight of Beijing.

It’s hard to say what comes next. The summit was heavy on pageantry and light on specifics, which is how both sides wanted it. The one takeaway we have at the moment is that the U.S. has successfully kicked the can down the road, which is plenty impressive when you consider that Trump and Kim were threatening each other mercilessly over Twitter just a few months ago. But every time the U.S. kicks the can, it gets closer to the cliff’s edge. 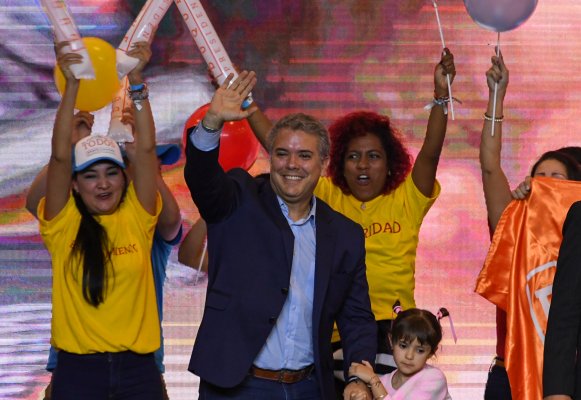