Moms, Here’s How You Can Help Dads Bond With Your Babies

Newborn baby girl is having her diaper changed by her father on bed, at hospital.
Image taken by Mayte Torres—Getty Images
By Belinda Luscombe

Everybody loves a joke about how meatheaded new dads are, right? But a new study found that new fathers who feel judged by their partners for their parenting skills could become less involved with their kids down the line.

Researchers said the lack of involvement from new fathers may be caused by “maternal gatekeeping,” a habit some mothers exhibit of controlling the access to and handling of a baby. Much of it is natural, since mothers deliver and nurse babies and therefore have a natural bond. But some of it is social, in that mothers feel it is their role to supervise all aspects of childrearing.

The more extreme these tendencies, which the researchers called “maternal gate-closing,” are can sap new fathers of their confidence around the child and lead him to avoid baby-father interactions, according to the study. Gate-closing activities include mothers taking over an activity with the child if she thinks the father is doing it the wrong way, dictating how any childcare duty should be performed or overtly criticizing the dad’s parenting skills.

The study, which was published in the Journal of Child and Family Studies, looked at data on 182 couples who were asked questions and observed interacting with their child on two occasions, three months after the birth, then again at nine months. Fathers who felt their children’s mothers either denigrated their skills or took over from them were less engaged and warm when playing with their kids six months later.

“Fathers show lower-quality parenting, as indicated by decreased sensitivity, positive regard, and engagement, when they perceived maternal gate-closing earlier on,” Lauren Altenburger, the lead author of this study, who did the research as a doctoral student at Ohio State University, told TIME via email.

The study controlled for how competent fathers were, for co-parenting support, and for how difficult the baby was at 3 months old. So this was not just moms stepping in when fathers weren’t handling the baby with care or were not very enthused by his child. Most of the couples were white and well-educated with a median household income of $80,000.

The study also asked about maternal encouragement (known in this study as gate-opening), but it appeared to have no effect on the father’s parenting skills and commitment at nine months.

“Becoming a parent is a significant life course event,” says Altenburger. “If both parents work together as a team to communicate openly about parenting strategies, positive consequences for fathers’ parenting quality, and, in turn, child adjustment may follow.”

Other studies have also found the current generation of dads has shown an increase in warmth and willingness to be very hands-on with their children. But others have shown the quality of fathers’ parenting is more susceptible to environmental influences than the mothers’. 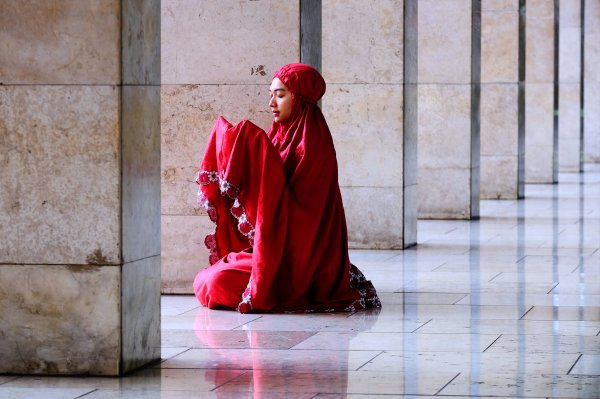 Your Complete Guide to Ramadan, Including the Proper Greeting and When It Starts
Next Up: Editor's Pick