Here’s the truth: if you go to Oprah Winfrey’s house, you’re bound to leave with something more than you arrived with. Maybe it’s sage advice from the media guru herself. Maybe it’s one of her favorite things. In the case of Doria Ragland, mother to the Duchess of Sussex (formerly known as Meghan Markle), that meant fresh kumquats.

In an anecdote relayed to Entertainment Tonight on the Love Is __ red carpet, Winfrey took a moment to explain what went down when Ragland visited her home prior to the blockbuster May royal wedding. To start with, Winfrey had asked Ragland to bring her yoga mat for the get together — “in case we just want to do yoga on the lawn,” she explained of her reasoning. (Ragland is known as a yoga instructor, so that makes sense.)

Then, during their meal together, Winfrey and Ragland dined on a dessert made with kumquats. Apparently, Ragland was also a big fan of the fruit, so Winfrey sent her home laden with a basket of them from her own tree.

“For all of the people who said I am getting her gifts and I’m trying to bribe her for an interview — they were kumquats,” Winfrey explained. “If kumquats can get you an interview, I’m all for it!”

Not too long after their visit together, both Winfrey and Ragland were once again in the same spot — this time for the royal wedding of Markle to Prince Harry at Windsor Castle. Winfrey, who had a last-minute fashion change for the event, clearly had a wonderful time.

“It was transformative,” she explained of being there. “It was more than a wedding, I thought. It was a cultural moment. You could not be there and not feel that there was a shift that just happened in the middle of it. I think it’s bigger than them, and I think it bodes well for hope for all of us.” 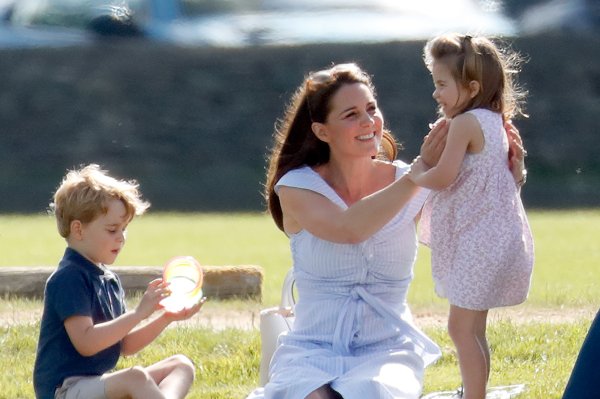 The Most Adorable Princess Charlotte and Prince George Moments at Prince William's Polo Match
Next Up: Editor's Pick