President Donald Trump made history on Tuesday when he became the first U.S. President to meet with a North Korean dictator for denuclearization talks. But, though his meeting on Singapore’s Sentosa Island was with North Korean leader Kim Jong Un, South Korea also played a large part in what happened.

As TIME has reported, the U.S. made perhaps the most significant concession at the summit by agreeing to stop joint military exercises with South Korea. Trump said stopping “provocative” “war games” would save money. But the joint exercises, which the U.S. has described as a security and peacekeeping measure, have long been a sticking point; North Korea, which views the exercises as practice for an invasion, had threatened to cancel the summit over them.

But why were those military exercises taking place at all, and how did nearly 29,000 U.S. troops end up in South Korea?

American troops have been in South Korea since the Korean War, which began in 1950 when North Korean forces crossed the line that had been drawn to separate the two nations after World War II. When open hostilities ended in 1953 — North and South Korea are still technically at war — the support forces of both sides’ allies remained on the ground.

By the late 1950s, about 60,000 U.S. troops were stationed in South Korea. Meanwhile, there were were 400,000 Chinese soldiers in North Korea, says Charles K. Armstrong, a Korean Studies specialist at Columbia University, but they were kicked out in 1958. There haven’t been foreign forces in the North since.

“Both sides thought South Korea was too poor and weak to defend itself,” says Armstrong. “North Korea was arguably militarily stronger and the economy recovered more quickly, so South Korea felt very vulnerable for many years after the Korean War. The economy of South Korea didn’t pass the North until the early ’70s.”

That’s when the regular joint military exercises started — in the ’70s — and the U.S. has only agreed to suspend them once before, in 1992. That was enough to get North Korea to agree to denuclearization at that time, though it became apparent that the nation’s actions didn’t match its words.

“Right after that, the U.S. said it had strong evidence that North Korea was developing nuclear weapons and then they went back to having the exercises and they continued ever since,” says Armstrong. “It does seem like a bit of an anachronism now that South Korea is so much stronger than the North in every way, except having nuclear weapons.” 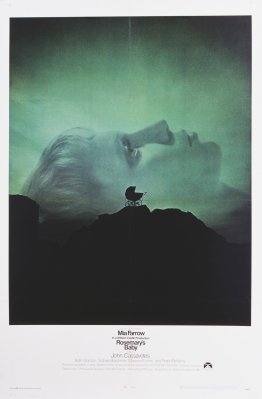 The Apartment Building in 'Rosemary's Baby' Is Also a Star. Here's the Not-So-Secret Story Behind Its Name
Next Up: Editor's Pick