Theresa May's Government Is Facing Its Biggest Brexit Test Yet. Here's What to Know

A junior minister in the government of British Prime Minister Theresa May resigned on Tuesday ahead of a crucial vote that could decide the future of Brexit—and perhaps the Prime Minister herself.

The resignation of Phillip Lee could spell trouble for the British government, which wants the country’s lawmakers to approve its strategy for withdrawal from the European Union. The U.K. voted to leave the political and economic bloc of 28 nations in June 2016.

Parliament will vote Tuesday on a key piece of legislation, the E.U. Withdrawal bill, that would transfer European Union laws currently on British books into British law after Brexit. If the government fails to pass the bill as it is, it will be forced to change what it asks for in negotiations with the E.U.—undermining May’s position and possibly threatening her job as Prime Minister.

Here’s a short guide to a tumultuous week in British politics:

Who is the minister who has resigned?

Justice minister Phillip Lee is the first minister to resign over the government’s Brexit policy. Lee, who voted for Britain to remain in the E.U. in the 2016 referendum, said in a statement he was “incredibly sad” to resign but did so in order to vote against the government’s position on a key amendment to the bill.

The amendment in question hinges on whether lawmakers will get a “meaningful” vote on Britain’s membership of the E.U. customs union—which allows for tariff-free trade between members— should the government’s negotiations result in an unfavourable deal.

The government says lawmakers should be offered a choice only between its final deal and no deal at all. This particular amendment—backed by “rebel” members of May’s Conservative party and some opposition lawmakers—would give lawmakers a greater spread of choices.

What does his resignation mean for the government?

Lee’s departure increases the likelihood of an embarrassing defeat for Theresa May’s government. A victory for the “meaningful final vote” amendment would leave the government weaker in am upcoming round of talks with E.U. negotiators in late June, and also weaken Theresa May’s authority as leader.

If May is defeated by a wide margin her position as Prime Minister could be threatened. This might convince some wavering “rebels” to back the government in order to save May and prevent Boris Johnson, the current foreign secretary and a leading so-called “Brexiteer,” from seeking to replace her.

The votes of opposition lawmakers will also be important. The Labour party, the main opposition, is also divided on Brexit. If some of its leave-supporting lawmakers choose to vote against the amendment, the government could avoid defeat altogether.

What do the newspapers say about the votes?

The right-wing press is presenting the upcoming votes as a make-or-break moment, continuing its longstanding tactic of describing the Brexit process as the “will of the people” and any attempts to seek greater democratic oversight of the process as “undemocratic.”

Britain’s highest-selling tabloid, The Sun, which is owned by Rupert Murdoch, addressed lawmakers directly on its front page, saying they faced a choice between “Great Britain or Great Betrayal.”

The Daily Express, another pro-Brexit tabloid, issued a thinly-veiled threat to lawmakers, saying they should “Ignore the will of the people at [their] peril.” It also attacked the unelected nature of the House of Lords (which traditionally scrutinizes laws passed to it by the elected lower chamber), linking it to a perceived attempt to frustrate the Brexit process.

If the government avoids defeat, is Brexit a done deal?

Not at all. Among the many issues outstanding ahead of Britain’s planned withdrawal date of March 29, 2019 is the question of what happens to the Northern Irish border.

The land border, which separates European Union member state Ireland from the rest of the United Kingdom, currently has no checks on people or goods crossing from side to side. An open border is one of the key guarantees of the Good Friday Agreement, which ended decades of sectarian violence in Northern Ireland. Theresa May has said no British government would ever agree to a hard border there.

But once Britain leaves the E.U. it must find a way to regulate or otherwise account for goods crossing its border into Northern Ireland while keeping it open.

It is a politically explosive issue with no obvious solution. May’s preferred approach is temporarily keeping the U.K. in some form of temporary customs union with the E.U., but this is unacceptable to hardline Brexiteers in her party. David Davis, the Brexit secretary, was reportedly close to resigning over the issue last weekend. He was said to have changed his mind after a promise from May that such a temporary union would last no later than 2021.

But if the amendments being debated in Parliament this week force a change to the government’s negotiating strategy, the wound could yet reopen. 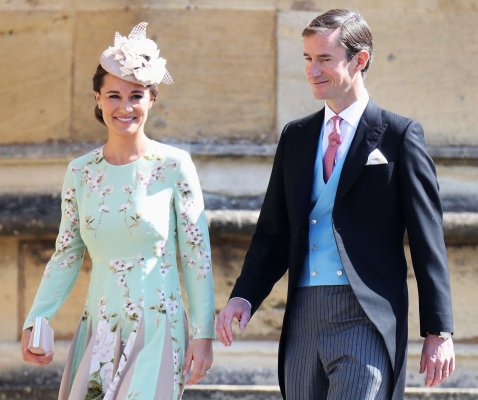