On the heels of Attorney General Jeff Sessions’ announcement that domestic violence and gang violence should no longer serve as a basis for seeking asylum in the U.S., immigration experts are warning that the decision puts many asylum seekers, particularly women, in harm’s way.

“It puts survivors of extreme domestic violence in great danger, because it allows them to be returned to countries where their governments do not protect them against this abuse,” said Denise Gilman, director of the immigration clinic at the University of Texas Law School in Austin. “It is almost certain that women will be killed as a result of this decision that will return them to their abusers.”

Sessions’ decision to reinterpret the law runs counter to previously settled U.S. law and international law, she said. Gilman expects the decision will ultimately be reversed, but until then, she believes it makes a clear statement that the U.S. does not want asylum seekers to come into the country, while putting vulnerable people in potentially deadly situations.

“It is a decision that sends a very strong message that asylum law is not going to provide the protection that it has in the past,” said Gilman.

In May, Sessions announced a stricter position on separating parents and children who attempt to cross the border illegally, in part to discourage people from attempting to seek asylum, according to Gilman. “It’s part of an overall pattern of gutting the refugee system, making it so that there is no way to seek asylum,” she says. “This is a way of restricting the law’s coverage.”

Last year, the Trump administration used an executive order to put a travel ban in place, banning refugees from entering the U.S. from certain countries. Taking a tough stance on immigration has “become a political tool for the Trump administration to play to a base that’s very anti-immigrant and anti-refugee,” said Karen Musalo, professor of law at the U.C. Hastings College of the Law and co-counsel in the 2016 case Matter of A-B, the case Sessions reopened to make Monday’s move.

“This is a decision that could have an extremely negative on women who are seeking asylum, people who are victimized because of their gender,” she said. “It could have a very devastating effect.”

Sessions’ action to attempt to exclude domestic and gang violence as valid reasons to seek asylum did not come as a surprise. Three months ago, he re-opened Matter of A-B (named for the woman’s initials) — which affirmed the asylum status of a woman from El Salvador who was the victim of domestic violence — to make his announcement, as the case went to the Board of Immigration Appeals.

“The mere fact that a country may have problems effectively policing certain crimes — such as domestic violence or gang violence — or that certain populations are more likely to be victims of crime, cannot itself establish an asylum claim,” Sessions’ opinion reads.

The move by Sessions is estimated to impact tens of thousands of people, though exact numbers for asylum seekers who fall under those particular social groups are not knowable because the categories are not tracked individually, said Gilman.

Musalo, like Gilman, believes the ruling can eventually be overturned.

“The AG is sending a clear signal that he does not think these are legitimate asylum cases and that they should not even be considered,” she said. “But his decision isn’t the last word on this. This is a legal decision that is subject to review by the federal courts.” 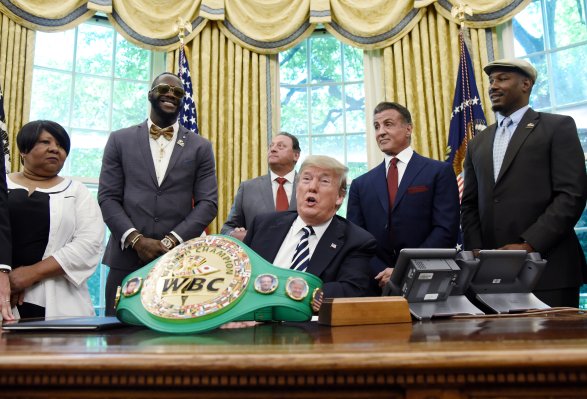